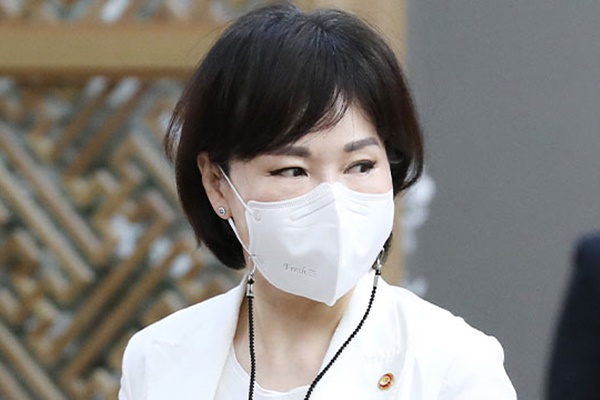 The chairman of the country’s anti-corruption commission has pledged to take legal action after being subjected to a state audit just a year after his previous inspection.

President Jeon Hyun-heui on Thursday announced the response of the Anti-Corruption and Civil Rights Commission after the Board of Audit and Inspection launched its review of the organization this week, with the board explaining that he reviews his employees’ absenteeism and tardiness records and Jeon following claims that the head of the commission frequently shows up late for the office.

Jeon protested that such an audit that includes employees is unjustified, while saying he was pressured to quit.

In a radio interview on Thursday, Jeon said she was pressured to resign even though her term was set in stone and stressed there was no legal way to fire her.

Jeon is a former Democratic Party (DP) lawmaker who was appointed head of the commission under the previous administration of Moon Jae-in in June 2020. Her term ends in June next year.

She said she was gathering evidence related to the last audit for legal action.

Meanwhile, the auditing agency insists the inspection is necessary, saying it has information that cannot be ignored.

The main opposition party, the DP, plans to file a complaint against the prime minister and others accusing them of having forced the heads of public institutions to resign.