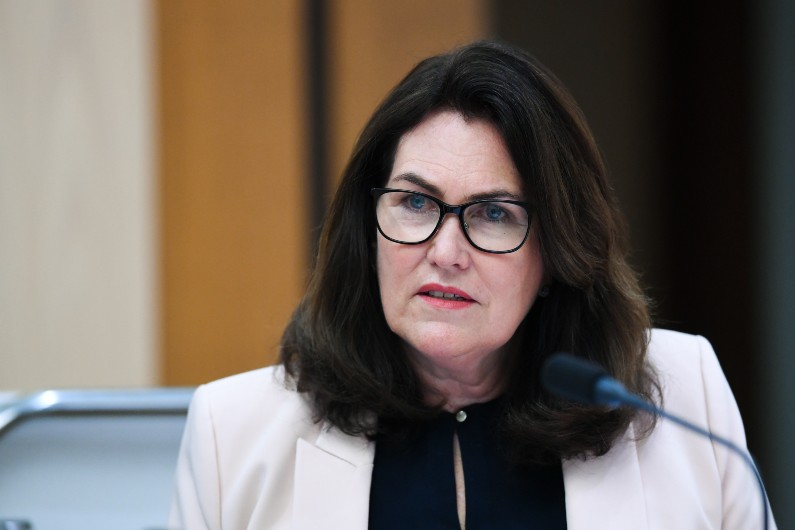 The high-profile royal commission into the automated debt collection and collection system known as robodebt begins today, but has gotten a head start thanks to the wealth of work carried out by parliamentary committees, the Court Federal and Commonwealth Ombud.

A simple glance at committee reports and Hansards available online provides an audit trail of issues the royal commission will need to examine as it begins to dig deeper into why the online compliance intervention program – the actual name of the robodebt scheme – morphed into the problem it encountered, resulting in a $1.8 billion settlement from the government last year.

Consider the testimony of former Secretary of the Department of Human Services, Kathryn Campbell, in the Senate on July 31, 2020 about how income was determined for the purposes of assessing whether someone receiving benefits owed money.

Campbell – who has worked in various Commonwealth government departments including finance, foreign affairs and trade, and social services – told the robotic debt committee that he was legally insufficient for the Department of to use the ATO average as a basis for determining if someone had a debt to the government.

This particular Senate committee hearing saw Campbell refer to legal inadequacy on more than one occasion as she was pressed by Labor Senator Deborah O’Neill on the methods used to determine whether someone was in debt.

At some point during that hearing, O’Neill asked if Campbell could consider a question related to how the concerns of 2,700 people who had received incorrect debt had been handled and why the assessment plan of risks had not addressed “the illegality of robodette”.

Campbell responded by identifying himself as someone who believed that it was legally sufficient to use the ATO average as a method of determining whether someone owed money.

“We talked about the fact that the legal inadequacy comes from the use of the average ATO. The ATO average has been used for many years. I was the secretary at the time we set up this program,” Campbell said.

“I was of the view that it was legally sufficient to use the average ATO when other information was not available or the customer had not engaged with the service.”

O’Neill continued to press Campbell on this issue of averaging methodology as well as placing the burden of proof on the benefit recipient to demonstrate that he had no debt.

“You placed the burden of proof on them to prove that the debt you illegally incurred was their problem to be solved. That’s why we’re in this mess. It seems to me that you received fair warning from this document and reports from your own front-line staff that there were serious problems with the program,” O’Neill said.

“The tinkering that has happened has not met the need and now turns out to be completely at odds with what Australians expect from your department.”

“The legal insufficiency concerns the average of the data. This has always been the case. So, if staff may have been concerned about using average data, that has been the case for a very long time, since at least the 1990s.

“We appreciate and accept that this is legally insufficient, and that is why the government has announced that further points of evidence will now be used to resolve debts.”

Another rich source of investigation may be how the administration of the robotdebt arrangements impacted officials working in the ministry while the practices were active.

A letter sent by the Community and Public Services Union to then Minister Stuart Robert, outlining a series of concerns on behalf of public services, was read in Hansard by O’Neill.

“We experienced (compliance and debt) staff at Centrelink have been chided by team leaders and deputy managers (their line managers) that we are ‘negative’ when we have continuously voiced our opinion that the earnings average is incorrect – for almost 4 years since it started,” the CPSU letter reads.

“We had to endure endless discussions about our negative attitudes and not being ‘positive’.”

The letter referred to conversations with managers in the civil service about the need to meet quotas and that these were “just numbers for the senior management of SES”.

There was also media coverage of people’s distress and client suicides.

“Reading the stories of client suicides and distress in the news made many of us sick. I’ve had nights where I couldn’t sleep thinking about conversations I’ve had with customers regarding their robodettes. Some spoke of suicide during the call,” the CPSU letter said.

“Hearing a grown man crying on the phone, whose wife recently passed away and who is caring for young children, is heartbreaking.”

O’Neill stopped reading the letter during the hearing and asked Campbell if she would apologize for the harm caused to staff and community members.

“We have apologized for the harm caused to the people on whom the debt was incurred. I too apologize to the staff, but I would note that this had been going on for a while,” Campbell said.

“For staff to say, as they describe in this letter, that robotic debt was something new, unfortunately, that’s just not true. Agency staff have to deal with very difficult circumstances at many times.

The hearing was also full of other tense exchanges between O’Neill and Campbell, with the latter stating that she didn’t know what robodebt meant when pressed by the senator.

O’Neill reinforced the point by referring to suicide reports from people who had received notices of debt.

“People have died from a robodebt, and you don’t even recognize the word!” said the senator.

Campbell told O’Neill she didn’t accept that “people died because of public debt” and elaborated further.

“We apologized for the wrong and the hurt; none of us can imagine what happens in the lives of individuals. So I don’t accept it.”

The royal commission represents the delivery of an election promise by the Albanian government, but what, if anything, that means for the various branches of government that administer benefits or collect funds from citizens is anyone’s guess.

What is clear is that the focus will have to be on the impact of administering a program such as the one for which the term “robodebt” was coined by front-line civil service staff, and whether there are any broader lessons that can be learned by the public service about when performance measures — such as meeting any quotas — are inappropriate.