Board of Auditors ‘unsure’ if Shetland Council can make urgent changes 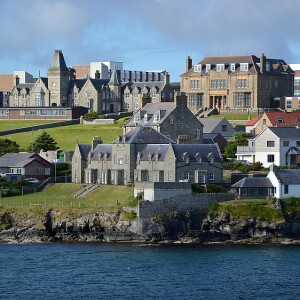 The Board of Auditors said today it was not confident that the Shetland Islands Council can show that it is financially viable and urged leaders to pick up the pace and focus on delivering urgent changes.

The independent body, which holds councils accountable, has raised serious concerns about whether the council is fulfilling its duty to provide the best value for local people.

There are also concerns around:

The Commission has recognized that the services provided by the Shetland Islands Council are performing well, with some of the highest satisfaction scores in Scotland. Do not address the issues highlighted in this report, however, jeopardizes the council’s ability to maintain this, he added. The Commission said the council is working well with its local partners, including responding well to the multiple challenges of Covid-19. There are distinct challenges related to geography, population decline and an aging population, which the council and its partners are working to address, he said.

William Moyes, Chairman of the Board of Accounts, said: “Councillors must provide the much needed leadership and become more involved in developing strong and viable plans to address the significant issues in our report. Clear links should be made between plans to save money and plans to change the way services are delivered. The board needs to move much faster with its change agenda and ensure it has effective resources.

“The Board of Auditors remains deeply concerned about the ability and capacity of the board to make the necessary changes. Another report will be required within 18 months.

Council leader Emma Macdonald said: ‘We have already worked to address some of the issues highlighted, and our members and leaders will now focus on developing a plan for improvement, taking into account all the points raised in the audit.

“I am pleased to see that the Commission has recognized the quality of our services and that we have one of the highest satisfaction scores in the country.

“At the end of the summer recess, Councilors and Officers will focus on the challenges the Council and our community are immediately facing – around the cost of living, energy costs, connectivity and financial planning for the future – and look forward to demonstrating to the Commission the progress we are making on our improvement plan over the next 18 months.