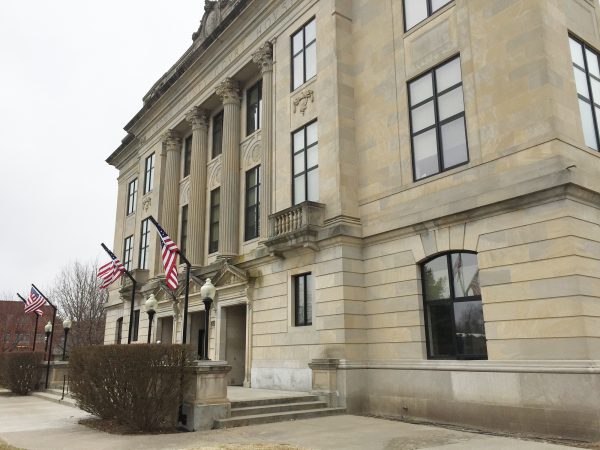 The Brown County Board of Commissioners met in regular session on Tuesday, August 31, with the following members in attendance: Chairman Lamar Shoemaker, William Pollock and Richard Lehmkuhl. Brown County Clerk Dawn Boyles was also in attendance. County Attorney Kevin Hill was present for part of the meeting. Shoemaker called the meeting to order at 8:10 a.m. All recited the Pledge of Allegiance. Commissioner Lehmkuhl led the meeting with a prayer.

Roads and Bridges Secretary Tami Lehmkuhl discussed the Bridge Cost-Sharing Program with the Board.

The commissioners discussed various roads in the county that need repairs.

The commissioners have decided to adjourn the hearing on the neutral rate at 9 am.

Shoemaker, R. Lehmkuhl, Pollock, Boyles and Hill were present at the earnings neutral rate hearing. With no public comment, the commissioners approved 3-0 on a roll-call vote Resolution 2022-10, to levy a property tax rate above the revenue neutral rate.

The public hearing was closed.

Commissioners opened the hearing portion of the meeting budget.

During the public comment portion of the hearing, Pollock said, “While I agree with most of the budget, there are two major areas that I believe weaken our county. What should we follow? 1. We must respect the US Constitution. 2. Taxpayers’ money is legal plunder and it is not our business to give it to charities or private companies.

First, I believe that courthouse security violates the rights of citizens as stated in the Second and Fourth Amendments to the US Constitution. Moreover, it divides our community into two categories of people – those who must be searched and those who are not – citizens and employees.

Second, it is not for us to give taxpayers’ money to individuals or groups who are not accountable to voters and who can use that money to subsidize or assist or promote a private enterprise with public funds. This is detrimental to the free enterprise system that has helped make America strong. Instead of giving taxpayers’ money intended for economic development to groups that are not accountable to the public, I propose that this money help pay for the comprehensive plan that should benefit all businesses and individuals in county and thus promote free enterprise. ”

Following the public comment portion of the hearing, R. Lehmkuhl moved to adopt Brown County’s 2023 budget, which was seconded by Shoemaker. Commissioner Pollock voted no.

The public hearing was closed.

Also at the meeting:

The Commissioners approved the minutes of the August 22 meeting.

Brown County resident Joe Noll left a message about a dangerous tree hanging over the road north of Padonia, north of the stop sign near the swamp. Noll would like to see the willow cut down for safety reasons.

Boyles presented Commenco’s invoice for clarification from the board. The clerk’s office will process the bill with $80,000 from the commission’s budget and $57,644.14 from the sheriff’s budget and submit the amounts for review for reimbursement through US bailout funds.

Boyles discussed the 2021 preliminary audit report with the commissioners.

The next regular meeting took place on Tuesday, September 6. This record was not available at the time of the Herald’s press.