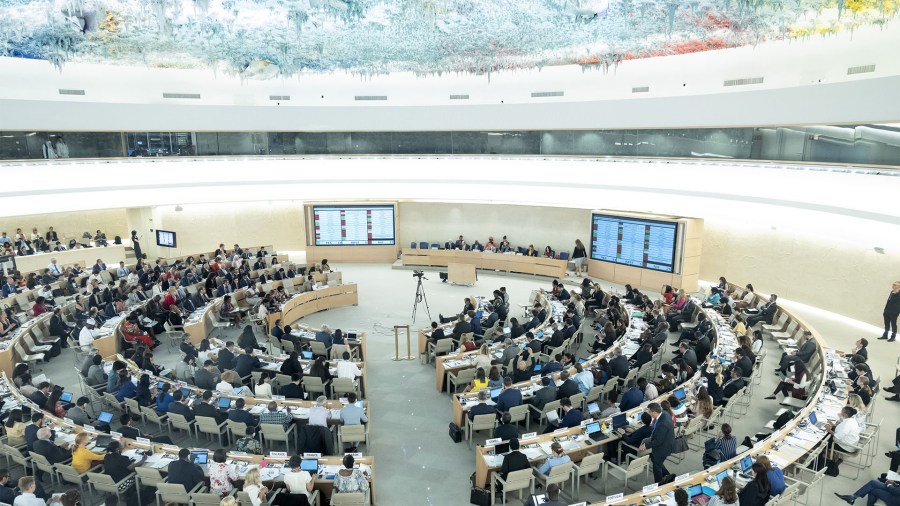 (September 11, 2022 / JNS) The United Nations Human Rights Council (UNHRC) opens its next session in Geneva on 12 September. This is, among other things, the opportunity to dissolve the Commission of Inquiry (COI) of the Council on the Israeli-Palestinian conflict.

The IOC was the HRC’s response to the Israel-Hamas war of May 2021. It claims to be dedicated to investigating “all alleged violations of international humanitarian law and all alleged violations and abuses of international human rights law up to ‘April 13, 2021’, but given the UNHRC’s long history of bias and anti-Israel vilification, its findings are clearly predetermined.

Arsen Ostrovsky, CEO of the International Legal Forum (ILF), called the COI “a singularly unprecedented assault on the Jewish state at the United Nations. In many ways, it sounds like the infamous UN resolution “Zionism is racism,” but on steroids. »

Many members of Congress seem to agree. In March, 68 senators wrote to Secretary of State Antony Blinken, urging the Biden administration “to prioritize” ending COI. In June, the senses. Jacky Rosen (D-Nev.) and Tim Scott (RS.C.) introduced the Commission of Inquiry Elimination Act that would “withhold funding to eliminate COI.” That same month, the House Appropriations Committee passed an amendment prohibiting the use of taxpayers’ money to fund COI. Similar legislation is pending before the Senate Foreign Relations Committee (SFRC).

SFRC President Bob Menendez (DN.J.) did not respond to requests for comment. However, SFRC ranking member Sen. James Risch (R-Ind.) “supports[s] withhold U.S. taxpayer funds from CDH as a way to signal our disapproval of the IOC mandate with no end date in sight.

Anne Herzberg, legal adviser to watchdog group NGO Monitor, agrees with the campaign to “defund and dissolve” the IOC. “The CHR is unable, in its current organization, to conduct an impartial investigation of Israel,” she said.

Ostrovsky said, however, that “it is very unlikely, in the current circumstances, that the Commission will be significantly revised or cancelled.”

So what could the United States and its allies do? First, demand transparency. Herzberg observed: “The COI…refuses to release lists of people they have met. From my own investigation, I think they only met anti-Zionist Israeli Jews.

Joshua Kern of 9BR Chambers, a legal expert in international criminal law, and Herzberg “have written to the COI at least five times requesting a meeting to discuss our research and provide a mainstream Israeli view and perspective.” This meeting did not take place.

If US President Joe Biden insists that the US stay on the HRC, then the administration should work with Volker Türk, the new UN High Commissioner for Human Rights. FDD senior researcher Orde Kittrie says Türk could “reorient” the CDH. Beyond public statements, he could only name those who had “demonstrated evidence of independence and impartiality” and “subject to audit – either by the UN’s Office of Internal Oversight Services or by the UN Board of Auditors – the blatant bias of the COI Commissioners and the Special Rapporteur, both prior to their appointment and during their subsequent performance.

Ostrovsky, who doubts that the participation of the United States or any other nation can reform the HRC, said: “Congress should urgently pass the law on the elimination of conflicts of interest and ensure that no American funding only goes to this sham commission. The commission members are also expected to be denied visa entry to the United States, where they propose to lobby Congress for support, to advance their racist goals.

As with so many follies at the United Nations, the American response matters. Congress should begin by cutting funding for the IOC.

Melissa Langsam Braunstein, a former US State Department speechwriter, is now a freelance writer in the Washington metro.