Commission approves rezonings and conditional use permits – The Suffolk News-Herald 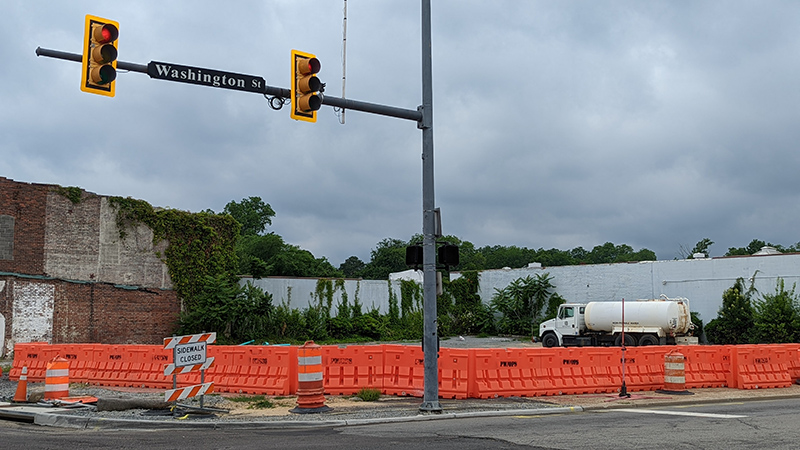 The Planning Commission had a busy Tuesday, spending more than four hours deliberating on applications for rezoning and conditional use permits.

Commissioners have made recommendations to approve rezonings of the new Town Center Library, a White Marsh Road property to allow residential development and the Port 460 Logistics Center and another to add residential units to an offshore development of Turlington Road, as well as conditional use permits for the town center festival event park and a shooting range and school off Hosier Road near Suffolk Executive Airport.

The commission voted unanimously to approve the rezoning of the new downtown library property. City Council will hold a public hearing and may vote on this at its August 3 meeting.

The new $23.3 million library will be two stories and 37,800 square feet, located on three downtown properties just down West Washington Street from the current Morgan Memorial Library across from City Hall.

The commission unanimously approved a conditional use request for the festival’s event park to be located at the corner of West Washington and South Saratoga streets.

The park is made up of four separate properties on two acres and will be a community park for the city’s downtown historic district.

City officials said the park would end a block with the new library and could bring more than 100,000 additional visitors to downtown to support retail businesses, restaurants and other services.

The city set aside $150,000 from the previous year for the park as part of its capital improvement program and plan. An additional $550,000 is expected to be spent on the project over the next two years, but council will need to approve this money when approving subsequent capital projects.

Despite opposition from many who filled council chambers and spilled into the lobby of City Hall, the commission voted 5-3 to recommend the rezoning of 540 acres of property off U.S. Route. 460 for an industrial park known as Port 460 Logistics Center.

Residents cited safety concerns along the corridor, as well as stormwater and environmental issues, as reasons for denying or delaying the rezoning request. However, project officials said the project would provide an economic boost to the city and lead to much-needed road improvements.

In separate 7-to-1 votes, with Commissioner Anita Hicks the only one not voting for each, the commission voted to recommend a conditional use permit for a shooting range and school on the Hosier Road property. Council will hold a public hearing at its August 17 meeting.

The shooting range owner and the civic league representing the city’s neighboring Skeetertown area have met several times to resolve issues surrounding the permit application for the 284-acre property after the commission delayed action on permits for 30 days.

They are designed to accommodate 12 members at a time. It also offers the retail sale of firearms and ammunition for incidental use at shooting ranges. The ranges are already there and would not require any new construction.

A school has also been proposed on 10 acres of the gated property at 1444 Hosier Road to provide tactical and non-tactical training to federal, state, local and municipal personnel and the general public, and guests will be required to pay membership fees to become members.

The property is approximately one mile south of the intersection of White Marsh Road and East Washington Street, south of downtown.

Although the developer envisions a combination of 30 single-family homes and 140 townhouses, it has not proposed this, and the units could end up like these two types, or like other multi-family living units.

Council is expected to address the issue at its August 17 meeting.

The commission unanimously recommended a rezoning application to change previously approved terms for approximately 65 acres on Turlington Road near the Carolina Road intersection to allow for the construction of an additional 42 single-family homes.

Although officially listed as a rezoning application, the offers, if council approves, will amend to allow for the additional units, increasing the number of licensed homes from 105 to 147. Council is expected to hold a public hearing on August 17. .