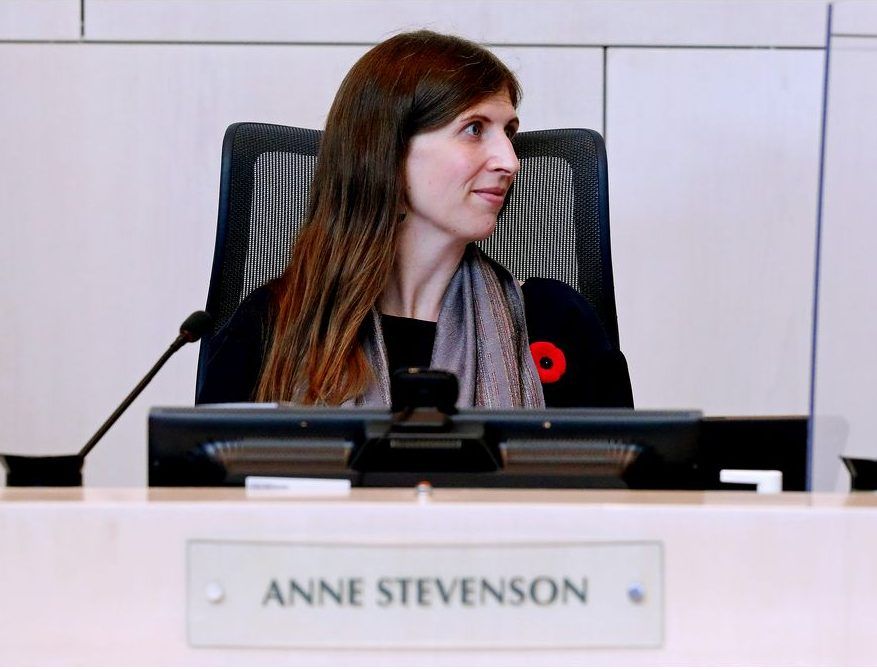 The Edmonton Police Board needs to be more transparent and open private meetings to foster public trust, a councilman said Thursday.

Com. Anne Stevenson, who is also a commissioner, said there needed to be a “cultural shift” for the watchdog to feel comfortable asking tough questions about police leadership in a public forum.

“I think there’s been a different culture and expectations around the role the commission plays, (and) it’s really meant to be an independent oversight body and has to practice in that role,” he said. she told Postmedia after a public meeting. between the city council and the commission on Thursday morning.

Asking tough questions of police officials is something commissioners often do, but behind closed doors, according to Stevenson. However, as a city councilor, she sees the value of governing in public. “Anything that can be public should be public,” she said.

When it comes to council business, Edmontonians can view the same reports as councilors and watch and listen to debates and questions. She hopes the commission will take a similar approach.

Stevenson acknowledges that when the commission routinely interviews police only in private, it can create — whether true or not — the perception that it is being too friendly with the very agency it is supposed to hold accountable.

“I think being able to be more transparent, to share more openly, can help counter and address that narrative,” she said. “A lot of mistrust comes from a lack of information sharing.”

Thursday was the first time the city council and police commission met publicly after meeting behind closed doors at City Hall in February.

The private meeting raised questions about transparency at a time of heightened criticism of law enforcement by so-called “freedom convoys” and controversy surrounding the commission chairman’s op-ed piece, John McDougall, published in this journal. At the time, the mayor championed the desire for privacy, saying it was necessary for individuals to be able to share “personal stories”.

The Commission is transparent: President

Speaking to Postmedia after Thursday’s meeting, McDougall said the commission had been “remarkably transparent” in its work, adding that decisions were posted on its website.

“I think the only thing I would change is to encourage more interaction with the audience…I would like the audience to be more aware,” he said.

But McDougall said the commissioners had talked about making the committee’s currently private meetings public and he expects that won’t happen for long. “There is nothing we wanted to hide. There’s no reason these shouldn’t be public, other than the fact that we just haven’t done them in the past. »

Asked why the commission is changing course now, McDougall said that while the commission has been transparent and accountable, public demand for oversight is growing.

Transparency put to the test

The commission’s commitment to transparency was put to the test at Thursday’s special council meeting.

Com. Keren Tang twice asked McDougall if he was aware of the broader factors behind the spate of police shootings in Edmonton this year and what steps the commission is taking to address them.

McDougall said he could not speak to ongoing ASIRT investigations or Edmonton Police Department operations.

“I was actually asking what the commission was doing, but if you want to comment after the investigation is over, I’m also happy to have a conversation,” Tang said.

Speaking to Postmedia, McDougall said the commission asked city police about the catalysts for the shooting and whether it was related to gun violence or something internal.

McDougall also told the council that he can request any necessary details regarding the police budget, as long as the questions do not relate to police operations or intelligence.

The city council privately suspended a recommended audit of the city police and commission in January.

Sign up to receive daily news from the Edmonton Journal, a division of Postmedia Network Inc.

Thank you for your registration!

A welcome email is on its way. If you don’t see it, please check your spam folder.

The next issue of Edmonton Journal Headline News will soon be in your inbox.

We encountered a problem during your registration. Try Again