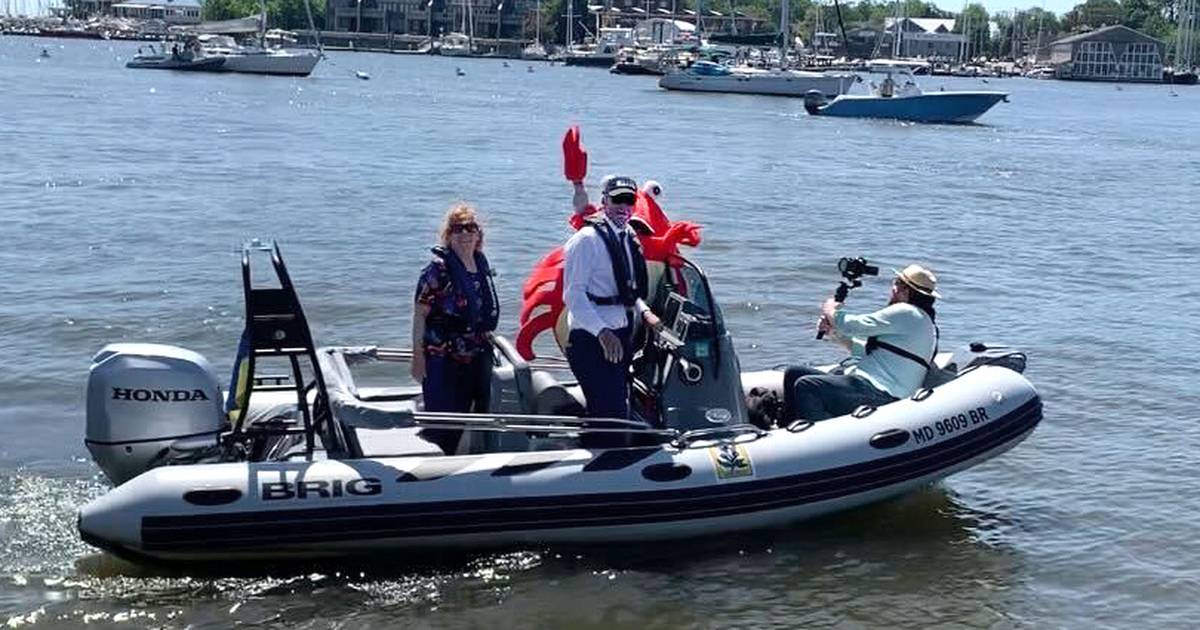 Annapolis City Council may have voted 8-1 to replace Mayor Gavin Buckley’s boat in June, but the mayor was wrong to preside over those deliberations, the city’s ethics commission found.

The commission issued a formal reprimand against Buckley on Monday, ruling the Democrat should have recused himself from deliberations. According to the letter from the commission, “the mayor presided over the deliberations of the municipal council without mentioning a possible conflict of interest which was [sic], in the opinion of the Commission, obvious to the participants in the meeting. The reprimand is the “least onerous sanction” available to the commission and has no effect other than to serve as a “reminder to city officials of the importance of conflict of interest considerations and the possibility of recusal”, wrote the commission.

Ethics Commission Chairman Jim Dolezal said the reprimand is the first issued by the commission against a sitting mayor in his more than 15 years in office.

Buckley waived his right to a hearing before the commission and instead submitted a written response. The mayor told the committee he “intended to recuse himself from the debates” when the issue was brought up for a final vote on June 27, but reconsidered at the time due to “public debate intense and controversial”.

The complaint against Buckley was filed on June 28. In his letter to the commission, Annapolis resident Scott Gibson argued that the bill to deputize for the boat “gave the mayor a privilege or advantage not enjoyed by others and spared him an expense which would otherwise be at his own expense.

The Ethics Commission agreed, noting that because the mayor’s 17-foot BRIG inflatable motorboat has been deputized, he can avoid “mooring fees of more than $1,000 a year.”

Gibson’s complaint was limited to whether the mayor should have withdrawn from the deliberations. The commission took no position on the merits of the resolution and its reprimand does not change the outcome of the council’s action. At council meetings and in interviews, Buckley argued that the boat should be deputized as the city’s vessel because he used it frequently to conduct city business, including taking National Park leaders. Service and other government officials on tour.

The boat became a local political lightning rod in May after Harbor Master Beth Bellis condemned the mayor for illegally parking the boat on a dock limited to 12ft vessels. Neighbors protested that the mayor’s attempt to replace the BRIG was an attempt to circumvent this length restriction and continue to moor the boat near his home, rather than moor the vessel at Spa Creek or charter a cleat elsewhere.

The matter was brought before the board twice. On June 10, the council passed the legislation, which was sponsored by Ward 1 Alderman Elly Tierney, at first drive. At this meeting, “the Commission believes that the mayor should have recused himself from chairing the proceedings and appointed a member of the municipal council to chair”, wrote the commissioners.

“This alderman could have recognized the apparent conflict of interest and asked the mayor” to “answer the questions”, continued the conclusions of the factual letter.

Get your morning news delivered to your email inbox. Get all the best news and sports from baltimoresun.com.

Speaking by phone Wednesday, Buckley said the June 27 meeting was unlike any in years past at Annapolis. City Hall was packed with dozens of residents interested in solving the boats, which some call “DinghyGate”. But that wasn’t the only reason the meeting got heated, Buckley pointed out.

The meeting lasted three hours and also attracted passionate residents protesting medical cannabis dispensaries. Additionally, Terry Tracy, a resident who runs the Annapolis Audit YouTube channel and is facing misconduct charges in the City and County of Anne Arundel, complained to council about various issues, refused to leave the President’s dais when asked and had to be escorted. out of the council chamber by a policeman.

“We’ve never had a reunion like this,” Buckley said.

In retrospect, however, the mayor said he agreed with the commission’s findings.

“I made a mistake, I should have recused myself,” Buckley said. “We all make mistakes.”