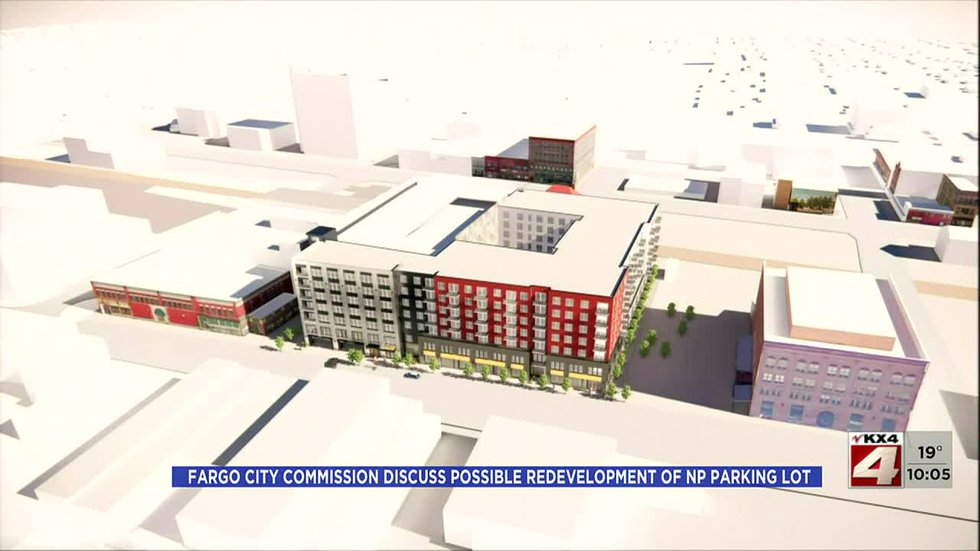 FARGO, ND (Valley News Live) – The City of Fargo Commission has voted to move forward with the next steps in the redevelopment of the downtown NP parking lot, but it was not without debate.

City officials say the site has redevelopment potential similar to other projects that have brought mixed-use properties to Fargo.

This proposed project would be a partnership between the city and Global Development.

Currently, the City of Fargo owns 60% of the property and Global Development owns the remainder, including the Herbst Building.

The proposed redevelopment would replace the current vacant buildings with commercial space along np ave, condos and more parking.

The pushback specifically related to the potential construction of a parking ramp on the city-owned portion of the land.

“Every ramp we own costs us money. Mercantile, City of Fargo is losing money. Robert’s Street, City of Fargo loses money. When TIFs are removed, we will lose hundreds of thousands of dollars every year, on every ramp,” Fargo Commissioner Tony Gehrig said.

Despite citizens’ calls for more downtown parking, Gehrig says his big concern is the possibility of losing money maintaining another parking ramp.

Other commissioners disagreed. They felt it was a great opportunity to meet the need for parking in the city.

“It is important to have leaders who have a vision. If you want to have downtown with a bunch of flat parking lots, that’s what we’ve been doing for the past 30 years. If it’s good, elect someone with no vision,” Fargo City Commissioner Dave Piepkorn said.

The project is now undergoing review by the city’s financial advisors to discuss how the project could be financed.