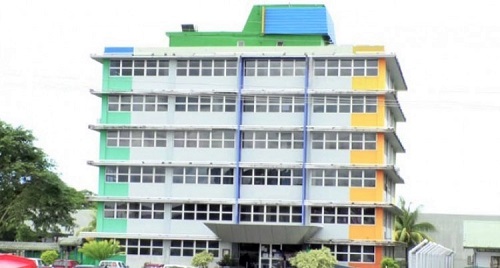 The Fiji Independent Commission Against Corruption (FICAC) is investigating how several former employees of the Fiji Housing Authority acquired land for themselves.

The question related to a Special Purpose Audit (Special Inquiry) update on several housing estates and tenders awarded by the Housing Authority.

Mr Sayed-Khaiyum said several weaknesses were found in the operational side of the Housing Authority, at management and middle management level, where people who should not have acquired these lots acquired them. .

“Additionally, records related to the awarding of prizes to several former employees have also been submitted to FICAC itself to investigate how the staff acquired these prizes. It’s status. We have a new board, chaired by the chief executive of the Fiji National Provident Fund, Viliame Vodonaivalu. The vice chairman is the managing director of the Fiji Development Bank Saud Minam and Renee Duguivalu (an engineer) from Nadi,” he said.

New Board of Directors

Mr Sayed-Khaiyum said Susan Naidu, director of Koroipita Homes in Lautoka, Florence Takinana, a lawyer and member of the real estate fraternity, are among the directors.

“This council is currently finalizing action plans and we hope to improve these processes within the Fiji Housing Authority itself,” he said.

He admitted that much more can be done by the Office of the Auditor General and that the terms of reference (TOR) for the audit were not met.

“We had asked them to verify all the information by checking the titles office, the FNPF and others. This has not been done. We have been informed that some people in the Auditor General’s office may also have acquired some of these lots and are not necessarily entitled to them.

“So there’s a lot of stuff in the closet that hasn’t been disclosed yet, but due to being proactive about it, the current board is in the process of finalizing a draft lot allocation policy, which is going to be reviewed by the ministry and the board, a mechanism for periodic reporting by board members as well and all other staff,” Mr. Sayed-Khaiyum said.