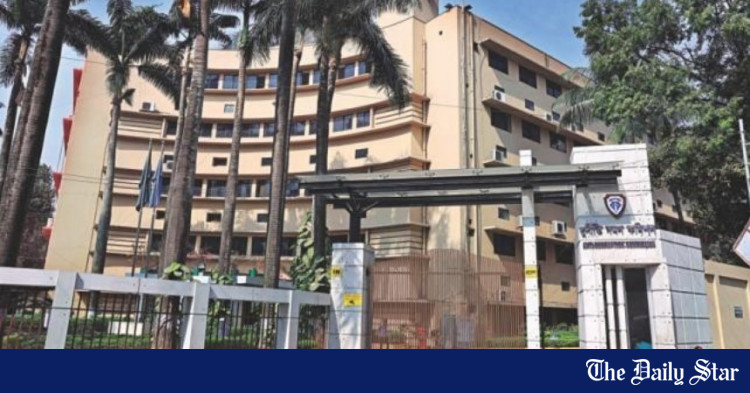 The Gono Commission recently faced a backlash from religious organizations following the submission of a “white paper” naming 116 religious leaders and Islamic speakers for their “involvement in money laundering, financing of militancy and the spread of communal hatred”.

The Anti-Corruption Commission said it would look into the allegations made by the platform, the People’s Commission of Inquiry into Fundamentalist and Community Violence, widely known as the Gono Commission.

For all the latest news, follow the Daily Star’s Google News channel.

The ACC said it would launch an investigation if it found any substance to the allegations.

Led by retired Supreme Court Justice Justice Shamsuddin Chowdhury Manik, the platform on May 12 submitted the report to the ACC in a ceremony attended by Home Minister Asaduzzaman Khan.

The 30-member commission was formed in February last year with members of the Parliamentary Caucus on Indigenous Peoples and Minorities and the Ekattorer Ghatak Dalal Nirmul Committee.

He prepared the 2,200-page white paper titled “2,000 Days of Fundamentalist and Communal Violence in Bangladesh” based on research into militancy and communal attacks in the country from July 2016 (the Holey Artisan Bakery incident ) to December 2021. The Nirmul Committee released the white paper.

The report names 116 Islamic leaders and orators allegedly involved in money laundering, funding militancy and spreading communal hatred. The Gono Commission called on the ACC to take action against them.

When asked on what basis they were working on this issue, lawyer Tureen Afroz, member secretary of the Commission, said that the Nirmul committee has so far published 12 white papers on various issues including the education system. of the country and Hefajat-e-Islam.

“There are many cases of white papers being published by members of civil society in different countries. The publication of such white papers has a social and political basis,” she told the Daily Star.

Speaking at the May 12 event, Gono Commission Chairman Justice Manik said the names of those who do business in the name of religion were mentioned in the white paper. Among them is the former co-secretary general of Hefajat-e ​​Islam, Mamunul Haque.

Interior Minister Asaduzzaman said the white paper opened their eyes to the allegations. He insisted he would brief Prime Minister Sheikh Hasina on the committee’s recommendations after reviewing the report.

Immediately after the report was released, different religious organizations harshly criticized the Gono Commission and the white paper, claiming that its information was not correct.

They said an identified anti-Islam group prepared the report to slander religious leaders. They also warned that it could lead to an unstable situation in the country.

Following the protest, on May 20, the Home Secretary apparently changed his mind and said there was no legal basis for the commission and its report.

“I don’t know what the Gono Commission wrote in its report. We didn’t see the people named therein as responsible for terrorism or corruption. Therefore, we can’t say anything about that,” said Asaduzzaman.

Sayeed Mahbub Khan, chief executive of the ACC, said an investigation would be launched if they found any substance to the allegations after reviewing the white paper.

“The Gono Commission has provided data and the white paper is quite long. The ACC will investigate the matter if it finds that a crime has been committed, which falls within the scope of the ACC law” , did he declare.

The public inquiry committee, however, dismissed the allegations, saying the white paper was not issued to undermine Islam or religious leaders.

Tureen Afroz, member secretary of the commission, said there was evidence that many religious leaders collected money in the name of Waz Mahfil’s detention, but did not pay taxes.

“This is the main reason why people on the list are angry. But we said this after finding evidence. We visited many madrasas and held several public hearings,” she said. to this newspaper.

Farid Uddin Masood, leader of Bangladesh Jamiatul Ulama, said: “We believe the decision of the Gono Commission is a bad attempt to confront Islamist scholars and the government by destroying the current stable situation in the country.”

Farid Uddin is also known as a pro-government religious leader.

“Why should we take money? If we do anything against the law, then law enforcement is there to investigate. No individual or group of people can assassinate the characters of Islamic scholars of this way,” Kasimi also said. a Hefajat leader.

Tureen Afroz said they did not mention any names of Islamic scholars in the report; rather, they named those against whom there were specific allegations.

“We haven’t talked about all the madrasas, but we have given information on 1,000 and the government should look into the activities of these.”

Shahriar Kabir, chairman of the Ekattorer Ghatak Dalal Nirmul Committee, said that although the Gono Commission has no legal basis, its report certainly has a social and political basis.

“We want to help the government curb activism and religious fundamentalism.”

On the methodology of their work, Tureen Afroz said that he held mass hearings in different areas for about nine months, interviewed victims of community attacks, residents, law enforcement officials, talked to parties stakeholders and collected “secondary data” from various sources, including newspapers.