Honolulu Liquor Commission could be heading for an overhaul 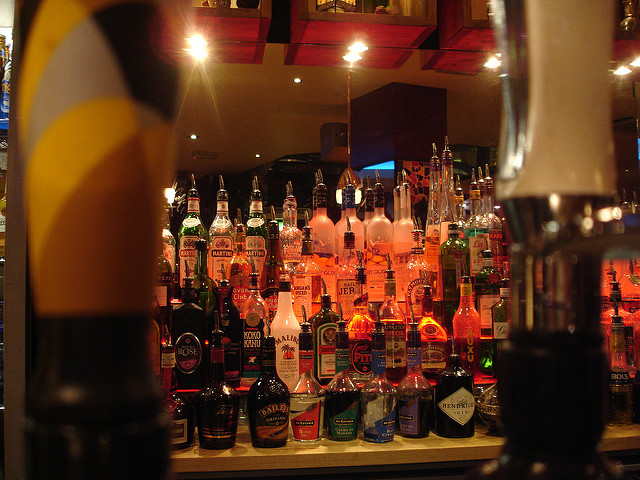 Two Honolulu City Council members are pushing to reform the Honolulu Liquor Commission amid a recent spate of complaints against the agency and its investigators, including criticism that the commission abused its power during of the application of Covid-19 emergency restrictions during the pandemic.

Council members Esther Kiaaina and Tommy Waters, who is the influential chairman of the city council, sponsored the measure. He is calling on Mayor Rick Blangiardi’s administration to push through numerous changes to the commission to create greater transparency and accountability.

Among the recommended changes is to establish an ombudsman or internal affairs unit to investigate complaints from bar and restaurant owners against commission staff. The resolution also calls on the mayor and the liquor commission to report back within 60 days of the resolution’s passage on what they are doing to implement the request of the ombudsman or internal affairs unit. .

Another article calls for the mayor to disapprove of any rule that could allow the commission to shut down a bar or restaurant for 24 hours simply on the basis of an allegation of wrongdoing without a hearing.

The measure also calls on the commission to implement many of the recommendations made years ago by the Honolulu City Auditor, which the resolution says the commission did not adopt.

Kiaaina noted that the latest complaints against the commission come after a decades-long history of documented wrongdoing and alleged abuse by the commission.

“Over the past two decades, the Honolulu Liquor Commission has faced allegations and convictions of bribery and other improper behavior,” she said in a written statement. “I introduced Resolution 22-207 after the most recent complaints, which not only alleged staff threats to shut down businesses without sufficient cause, but also concerns about unlawful discrimination and retaliation against LGBTQ+ businesses.”

She described the commission’s current members as “hard-working and committed” and said she looked forward to rebuilding public trust in the commission.

“A trusted liquor board is essential to protecting the health and safety of the public and the fair regulation of an industry that plays an important role in the city’s economic well-being and recovery,” she said. declared.

Robbie Baldwin is one of the most prominent and persistent bar owners, alleging recent abuses by the commission.

The co-owner of Scarlet Honolulu, a downtown LGBTQ+ bar, Baldwin sued the liquor commission in federal court in Honolulu, alleging, among other things, that the commission targeted Scarlet, harassing and assaulting employees because of the the bar’s status as an LGBTQ+ establishment.

“I am pleased to hear that the city council takes this seriously and is taking action to correct these actions by the liquor commission,” he said.

In a proposed settlement document submitted this month as part of the litigation, Baldwin called on the city to take even more aggressive action than the council requested. He asked Honolulu Hale to transfer the commission’s investigative and enforcement functions to the Honolulu Police Department, for example, and remove all commission administrative rules unrelated to liquor regulation. .

While resolution focuses on solutions, measurement also explains why such change is needed. In a three-page preamble, the document first sets out the commission’s “unusually broad” powers and its importance as regulator of a major economic engine on an island that relies on tourism.

He then describes a 20-year streak of abuse, including negative media coverage and allegations of corrupt and unethical behavior.

“From 2002 through 2021, a number of Commission employees have been charged and prosecuted for bribery, extortion, and other serious crimes, and the Commission has been subject to civil lawsuits alleging violations of federal civil rights and discrimination, among other things”, the resolution Remarks.

And when the city council stepped in to audit the commission, the commission often failed to implement audit recommendations, the resolution says.

Meanwhile, according to the resolution, council members continued to receive calls from bar owners “alleging that employees and commissioners abused their authority by investigating, limiting or closing licensed businesses without sufficient cause.” .

Hirai declined an interview request for this article. But in a previous interview with Civil Beat, she acknowledged that the pandemic has been difficult for bar and restaurant owners, as well as commission inspectors tasked with enforcing a series of directives issued by Governor David Ige, Blangiardi and his predecessor, the former mayor of Honolulu. Kirk Calwell.

Rules governing drinking establishments changed frequently during the pandemic and were new and complicated, relating to social distancing, masks, vaccines and testing. To add to the confusion, bars without kitchens were treated differently under the rules than bars with kitchens.

Liquor Commission inspectors have been given permission to close establishments for 24 hours after finding a breach of a Covid-19 restriction.

The resolution notes that amid corruption and unimplemented audit recommendations, the commission sought to expand its powers even after the pandemic waned.

In February, the commission proposed to expand the authority of its investigators in several ways. That included extending the commission’s power to close bars for 24 hours without notice or a hearing, the resolution says, even though Blangiardi had revoked emergency orders for Honolulu months earlier, in November 2021.