Is this the return of the Audit Commission? 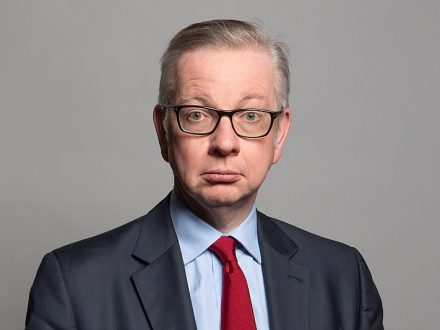 Among many encouraging, if not entirely convincing, discussions of the current round of county agreements amounting to the “greatest devolution since World War II”, there were two important announcements in the Secretary of Upgrade’s speech at Local Government Association conference. this afternoon.

First, Michael Gove told delegates, councils need to get a multi-year settlement for the next two years and the government will consult on its new “funding approach”.

In an interview with LGC earlier today, Mr Gove said the sector can expect the Fair Funding Review to be completed within this calendar year. While the certainty of a multi-year settlement is welcome, in the meantime it introduces a degree of uncertainty as to how the money will be transferred between councils.

The government has left itself some leeway to soften the blows of any distribution changes in the form of the £822million services grant for 2022-23, which was clear when it was announced that this was a one-time item that should not be included in council budgets. . But inflationary pressures alone are at least double that figure and questions remain over the new financing approach, whether the bonus for new homes will continue and whether the new approach will include a corporate rate reset. LGC will of course endeavor to obtain answers as soon as possible.

The second major announcement was the creation of a new Local Government Office. This is not an entirely new development, an independent body collecting data on board performance was first mentioned in the upgrade white paper and, although not in the bill upgrade and subsequent regeneration, LGC understands that conversations have continued with the LGA.

So what will this new Local Government Office look like? Is this the return of the Audit Commission, abolished by the coalition government in one of its first acts when it came to power in 2010? Mr Gove was at pains to suggest no, stressing that the body would analyze existing data to ensure it was ‘useful for local leaders, rather than an administrative burden’.

It would produce an annual report which Mr Gove said would “enhance our understanding within central government of the situation across local government… So we know where action needs to be taken, where support needs to be given and what we need. TO DO”.

It is no surprise that Mr Gove, an experienced Secretary of State who has now headed four departments, may have been frustrated when he took on his final role by the lack of data from the Department of Leveling, Housing and communities on board performance.

But from what has been described so far, it is difficult to see what more will be available than what can already be viewed on the LGA’s LG Inform or the Chartered Institute for Financial Resilience Index. Public Finance & Accountancy. The concern, as always, is the prospect of public rankings based on data that don’t tell the whole story.

Perhaps the biggest safeguard against the return of the Audit Commission, which costs more than £200m a year to operate, is that it would surely be criminal to spend that money regulating municipal services rather than investing in it.

In social care, where services are to come under a new Care Quality Commission assurance scheme from next year, concerns are similar. “The risk is that it ends up being an incredibly expensive way to find out what we already know,” said James Bullion, executive director of adult social care at Norfolk CC, during a session at the conference this afternoon. .

However, in the alternative, Mr Bullion suggested that the results could end up being the political argument for more resources for social care.

After nearly a decade in which the government chose to bury its head in the sand over the impact of municipal funding cuts on services, ministers may regret their renewed interest in regulation and oversight.

As a senior LGC official said this afternoon, once they lift the veil, they can’t ignore what they’ve seen.