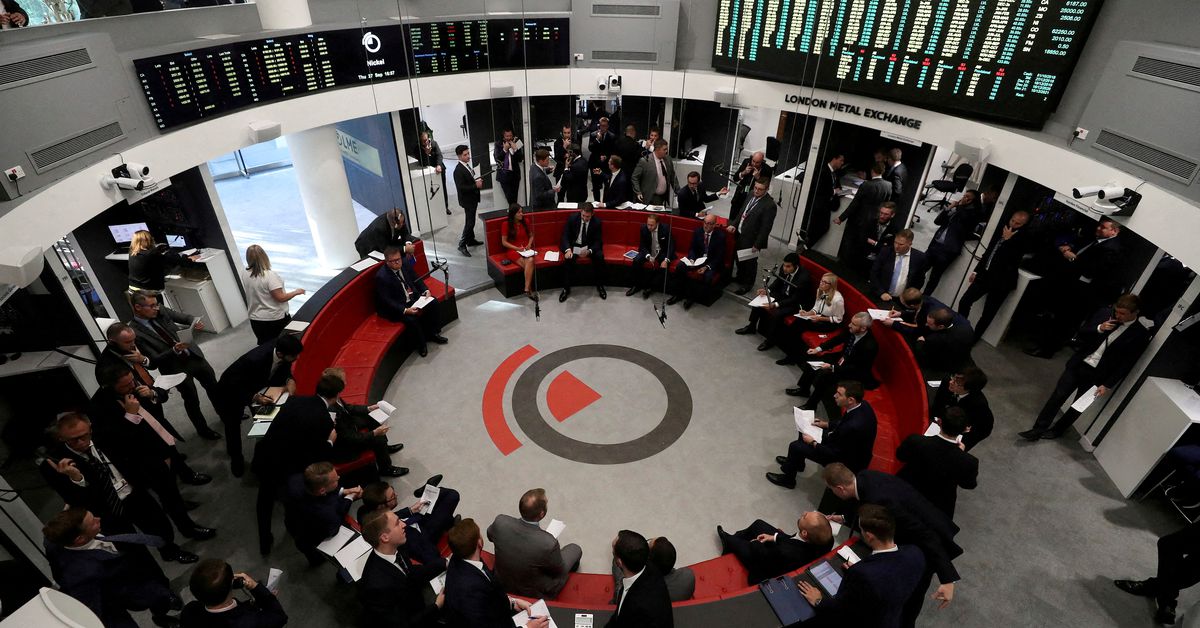 Traders work on the floor of the London Metal Exchange, in London, Britain September 27, 2018. REUTERS/Simon Dawson

April 4 (Reuters) – The London Metal Exchange said on Monday it would commission an independent study into the events that led to chaos in the nickel market last month and said it had introduced limits on daily prices for all its metals.

The LME, the world’s oldest and largest market for industrial metals, last month introduced 15% upper and lower daily price limits for all of its physically delivered metals, plus cash-settled cobalt.

The exchange suspended nickel trading on March 8 after prices soared more than 50% to $100,000 a ton. Activity resumed on March 16 when it first launched daily price limits and the provision of OTC nickel trading data.

The price spike was blamed on short hedging by one of the world’s largest nickel producers, China’s Tsingshan Holding Group. The LME said the large short positions came mostly from the over-the-counter (OTC) market. Read more

The exchange also said it wants to introduce OTC trade reporting at all levels and that a first step is to expand the provision of daily OTC position reporting, as is currently the case. for nickel, to other metals.

The LME said it welcomed the announcement from British financial regulators who said on Monday they would review how the exchange handled the halt in nickel trading last month. Read more

He added that he would also commission an independent review of the events leading to the suspension of trading in order to prevent such a situation from happening again.