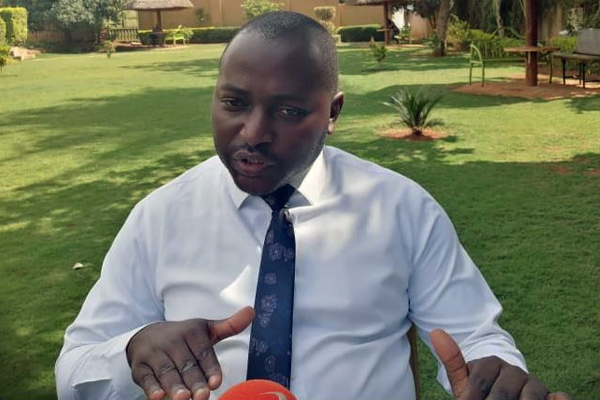 Mr. Ibrahim Kitatta, Lwengo District Chairman, has called for investigations into the operations of the District Services Commission (DSC) for alleged incompetence, misconduct and abuse of office.

At a press conference in Masaka City on Wednesday, Mr Kitatta said he had received many complaints from people who were asked to pay money to apply for jobs but ended up not appearing on the shortlist. Some jobs are given to unqualified candidates, according to Kitatta.

He cited the position of road engineer which was given to someone without the required qualifications, but this was canceled after his intervention.

“DSC members demonstrated the highest degree of abuse of power and misconduct in soliciting bribes from candidates in exchange for jobs. This is unacceptable and we must fight it,” he said.

He added that they will hold a special council soon to discuss the matter and move forward.

“Lwengo district has been carved out of Masaka to create more jobs for the people of, but unfortunately government jobs are being taken by the ‘highest bidders’, most of them not residing in Lwengo”, Mr. Kitatta said.

Mr Everisto Kafeero, a resident of Lwengo City Council, accused the former District Services Commission of extorting 18 million shillings from him, but he was still denied the job he had applied for .

“When I applied for the position of parish leader, I was asked to pay 18 million shillings and I sold all my dry coffee beans in the store to raise funds, but I didn’t been shortlisted. I have now completely given up government jobs and am currently focusing on agriculture,” Kafeero said.

Mr. Yusuf Babumba, the chairman of the DSC refuted the allegations made against the commission, saying that the district chairman was determined to tarnish the image of the commission.

“I have been chairman of the commission for two years, but I have never received a complaint from people pinning down one of the members of my commission. Let them bring evidence against one of us rather than talking in the media,” he said.

Giving jobs to applicants from outside the district, Mr. Babumba said Lwengo residents were not applying for advertised jobs.

“How do you expect us to find them?” [residents of Lwengo District]? Every Ugandan is free to apply for a job in any part of the country,” he added.

Since its establishment in 2010, Lwengo district has suffered a series of scandals ranging from embezzlement to irregular recruitment of staff to poor quality road works which have partly hindered its development compared to other districts which started at the same time.

In July 2021, more than 300 civil servants protested against unexplained monthly salary deductions allegedly made by a health insurance scheme to help staff without their consent. The officials claimed that the program was headed by Ms. Florence Namaganda, district human resources officer and former chief executive, Mr. Aggrey Mulamira. Daily Monitor could not independently verify whether the funds had been returned as the victims refused to speak to the media.

In January this year, two district staff, including the District Business Development Officer (DCDO) and his office worker, were arrested for alleged fraud and obtaining money under false pretences.