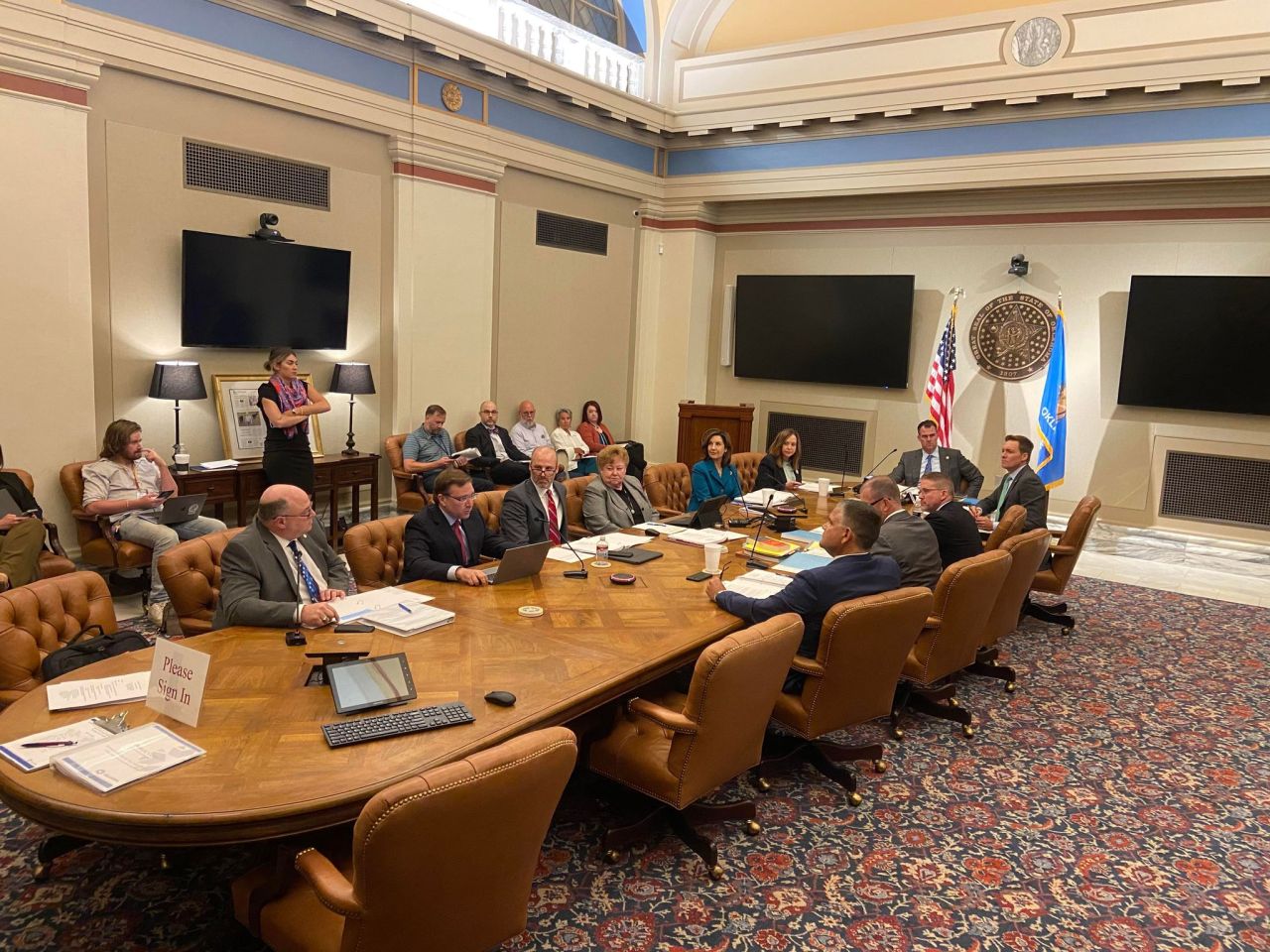 OKLAHOMA CITY (KFOR) – The Oklahoma State Bureau of Investigation is conducting a criminal investigation into the Oklahoma Land Commission (CLO), which recently saw the resignation of its senior member amid allegations of irregularities.

CLO member State Superintendent Joy Hofmeister called on Elliot Chambers to resign as secretary of the Oklahoma Commission of Land Office in June and sent a letter to Prater, asking him to investigate the operations and the finances of the CLO.

“In her letter to me, she alleges misconduct in the administration of the agency related to the mismanagement and misappropriation of taxpayer funds, conflicts of interest and improper use from office by a state official,” Prater said in his letter to Adams. “I have reviewed the complaint and concluded that a criminal investigation should be conducted.”

Prater said in the letter that he also asked Oklahoma State Auditor and Inspector Cindy Byrd to ask her agency to forensically audit Land Office commissioners.

“I ask that you work with the ISC to determine if any Oklahoma laws have been violated,” Prater told Adams in the letter.

The state Department of Education issued a press release in late June saying Chambers had fired Erin Morgan, an internal auditor who confronted him about possible conflicts of interest.

Chambers resigned at a CLO meeting on Thursday, June 30.

“I have an important announcement,” he said during the meeting. “When I accepted the Governor’s offer to lead this agency, I committed to two years of service. As discussed with the governor on Tuesday, I gave notice of my resignation effective August 3, the second anniversary of my time with the agency.

Prior to this meeting, Hofmeister called for a discussion of Chambers’ employment, as well as Morgan’s firing and subsequent settlement.

She said Morgan’s allegations, along with the allegations of another whistleblower, warrant an investigative audit of CLO’s operations and finances.

‘As I have said recently, the concerns raised by the former internal auditor for the Land Office Commissioners are alarming and need to be fully investigated,’ she said. “Since that time, additional information has come forward that leaves me with no confidence in the leadership of the agency under Secretary Chambers. Accordingly, I believe it is in Oklahoma’s interest that Secretary Chambers resign immediately and respectfully invite him to do so.

Morgan asked Chambers about his relationship with Victorum Capital, an investment firm doing business with the CLO. The commissioners voted 2 to 1 on December 16, 2021 to give Victorum the authority to manage direct investments for CLO.

O’Connor indicated that he needed Hofmeister’s opinion on the matter before deciding whether to give an opinion. The Department for Education’s press release in late June called O’Connor’s response “peculiar”.

The commissioners voted 3 to 1 at the June 30 meeting to temporarily renew the Victorum contract for 60 days, with Hofmeister voting in opposition.

“I have concerns about Victorum,” she said after the meeting. “I have concerns and cannot bear to have an extended contract with this particular supplier. There are simply questions that have not yet been answered regarding conflicts of interest and I would like to have those answers and be fully informed before making a decision about it.

Gov. Kevin Stitt, who was at the June 30 meeting, thanked Chambers for his service after Chambers resigned.

“I like bringing people from the private sector to come and serve and asking them to step away from private sector careers,” Stitt said. “I know that public service is difficult and you have done a very, very good job, and I thank you… I hope there will be many more like you who will come to serve in my administration. And you’re still part of the team and welcome to the locker room. So thanks. Thank you for your service.”