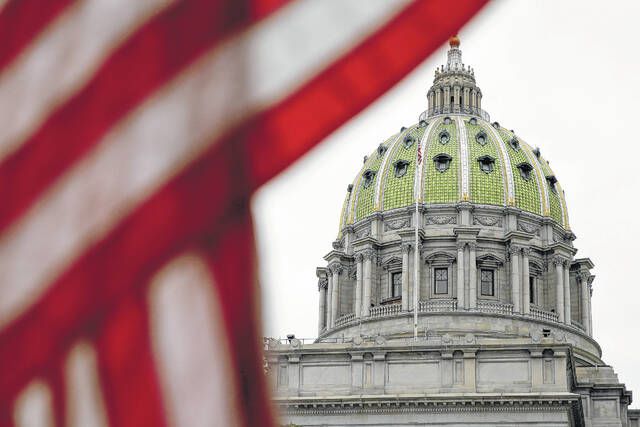 WILKES-BARRE — Auditor General Timothy L. DeFoor released a performance audit of the Pennsylvania Turnpike Commission this week, which found that it continues to face significant challenges in meeting its financial obligations, weighing on travellers.

“Today the Pennsylvania Turnpike has more debt than the entire Pennsylvania state government, and the only way to pay it is to raise tolls,” DeFoor said. “This is an unsustainable situation that highlights the need for innovative ideas and different solutions to address a problem that has been going on for decades. The Turnpike Commission has not found itself in this situation alone. The Legislative and executive branch must work together now to ensure that the toll highway is financially viable for the future.

The audit has three findings and 23 recommendations for improvement. The performance audit covers the period from June 1, 2018 to June 13, 2022.

• Finding 1: The Pennsylvania Turnpike Commission continues to face significant challenges in raising toll revenue to make future payments to the Pennsylvania Department of Transportation (PennDOT) under the current Law 44/89 financial structure, its payments related debt and expenditures for capital projects.

• Finding 2: Uncollected tolls have continued to rise and therefore the Commission must continue to research new ways to collect tolls owed by travelers in and out of state.

• Finding 3: Anti-discrimination language in the Commission’s contracts for amenities provided to its customers in service areas is outdated and lacking in content.

“We must work to find a solution that will ensure the turnpike continues to provide invaluable service to everyone who travels in Pennsylvania, without being a financial burden,” DeFoor said. “We recommend that the General Assembly reconsider Laws 44 and 89 and consider drafting new legislation to alleviate the current debt burden on the Commission.”

In Finding 1, the auditors found that the Commission’s ability to make its scheduled debt payments depends on usage, continuing to recover from the effects of the pandemic, incurring less debt and continuing to make positive adjustments to minimize expenses. It also found that annual toll increases continue to place an undue burden on Turnpike travelers. The auditors had five recommendations for the Commission and two for the General Assembly to reduce running costs, settle debt and try to ease the financial burden on travellers.

In Finding 2, auditors found that nearly a quarter of uncollected tolls were due to unpaid bills, unidentified license plates, or because PennDOT either had the wrong address or no address at all. Therefore, $104.9 million remains uncollected revenue from the Commission. The auditors highlighted 11 recommendations to improve collections, including looking at more consistent enforcement, for PennDOT to determine the cause of missing addresses or undeliverable mail, and to work with the legislature to close gaps in current laws.

In finding 3, the auditors concluded that the Commission’s anti-discrimination language in its contracts for service place sellers is outdated and lacking in content. There were five recommendations to address this finding, including reviewing the wording of contracts and posting signs for travelers to report complaints of discrimination.

This week, Governor Tom Wolf was joined by Democratic legislative champions for gun violence prevention and local gun violence advocates to highlight his $355 million commitment to safer communities in Pennsylvania.

The $85.5 million Violence Prevention and Intervention Program (VIP) is open to community organizations, municipalities, institutions of higher education and district attorneys to apply for funding for a wide variety of programs that address community violence and prevention efforts. Grants can range from $25,000 to $2.5 million to support project activities over a 29-month period. Applications can be submitted online, the application period closes on October 12, 2022.

A new program — the $15 million Coordinated Community Violence Response (CIV) Strategies Pilot Program — aims to invest in community-based community violence prevention and response strategies in targeted service areas . This new initiative will support five to eight pilot projects that will implement transformative strategies to prevent and respond to violence. Eligible applicants can request up to $3 million to initiate and implement a pilot project over a 32-month period. Applications can be submitted online, the application period closes on October 31, 2022.

• $50 million invested in 65 VIP projects across the Commonwealth and an additional $85.5 million committed and available,

• $50 million for violence investigations and prosecutions.

during visits to federal prisons

The visit was planned as a follow-up to the congressman’s June visit to Schuylkill County Federal Correctional Institution.

Both visits were organized by the union, which raised staff concerns about employee safety and an issue about competitive pay rates.

Both facilities are understaffed and fearful of retaining their workforce as the labor market tightens. The Federal Bureau of Prisons has suffered a years-long staffing crisis, compounded by the pandemic and the vaccine mandate.

Meuser said that in March, a third of federal correctional officer jobs were vacant. He said the situation forced officers to work mandatory overtime and led to other staff supervising prisoners instead of working in their usual roles.

Because of those concerns, Meuser joined the Bureau of Prisons Reform Caucus, led by Rep. Fred Keller, R-Williamsport. The caucus is focused on ensuring that the Bureau of Prisons is a better run and more efficient part of government. They focus on the personnel crisis, which makes BOP correctional work much more dangerous.

“I have real concerns after listening to people working in these conditions,” Meuser said. “We rarely think about the challenges and dangers these men and women face on a daily basis, and they have been under added pressure since the pandemic began. It is time to look at solutions that will provide them with fair compensation and increase the number of staff in these establishments.

Meuser said his office was in constant communication with AFGE senior management. The Meuser district manager now has weekly calls with the union president at Schuylkill to collaborate on how to resolve security and staffing issues at PA federal prisons.

One such bill Meuser has now co-sponsored is HR 5761 – the “Pay Our Correctional Officers Fairly Act” – a bill introduced by U.S. Representative Randy Weber, R-Texas. The bill would extend wage benefits for living in a city for 100 miles so the BOP can pay rates that are competitive enough to retain and hire staff.

Meuser also co-sponsored HR 8645 – the “Cellphone Jamming Reform Act” – sponsored by Rep. David Kustoff of Tennessee. Kustoff’s bill would allow state and federal prisons to use a cellphone jamming device to curb the use of contraband cellphones, which union officials say is still a major problem for Meuser.

The Pennsylvania Liquor Control Board (PLCB) this week announced the return of more than $2.2 million in license fees to 1,359 municipalities in which licensees are located.

Twice a year, as required by law, the PLCB reimburses liquor license fees paid by PLCB-approved licensees to the municipalities that hold those licenses.

Letter: Show up to talk to the Gainesville City Commission Thursday at 6 p.m. or don’t complain about your electric bill or property taxes.