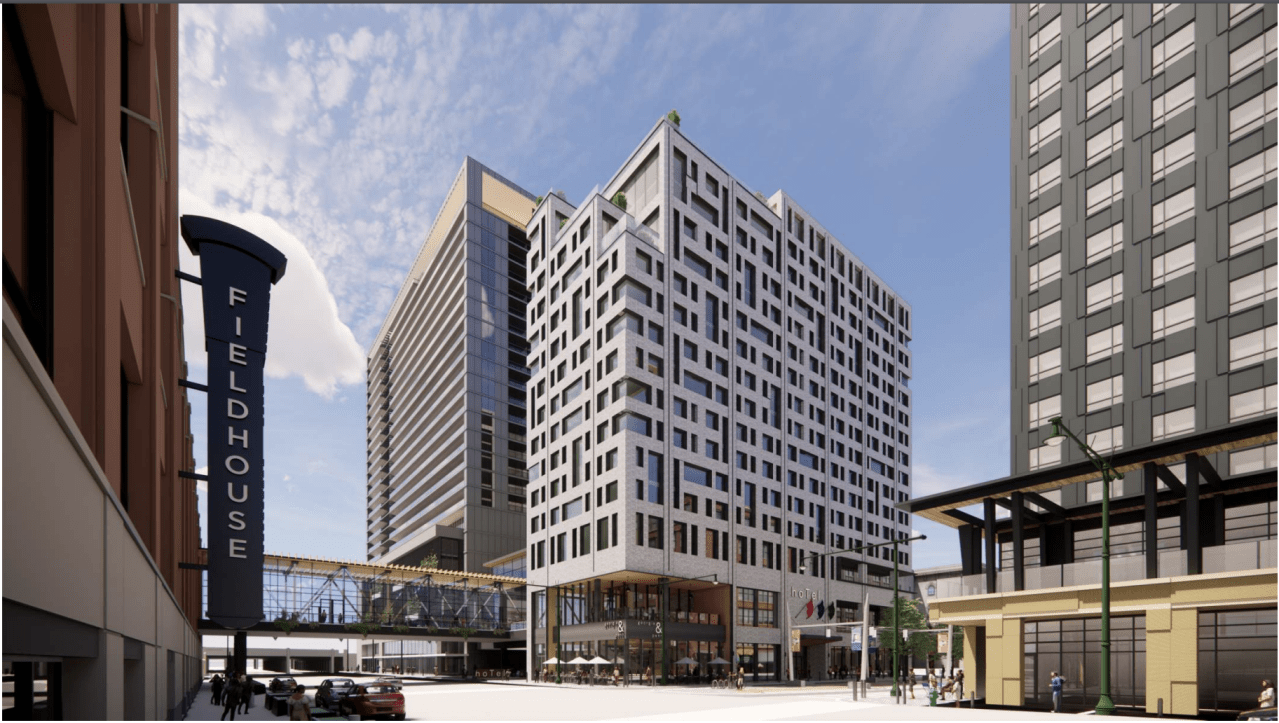 INDIANAPOLIS — For decades, trains across the Midwest have been dispatched from the Indiana terminal warehouse at the corner of Georgia and Pennsylvania Streets.

It’s what makes the five-story building historic and why an investment group led by Indiana Pacers owner Herb Simon is asking the Indianapolis Historic Preservation Commission for permission to tear down the obsolete, empty site. and build a quarter billion dollar hotel/apartment. shopping complex on its site.

The Simon group’s proposal is unveiled before the committee on Wednesday afternoon.

“It’s just further evidence of a level of investment that not only the Simons are making, but developers across the city are making in downtown Indianapolis,” Mayor Joe Hogsett said. “We’re back on track, and the momentum coming out of the pandemic is there for an even more prosperous Indianapolis than we enjoyed before the pandemic.”

The Simon Group offers a 16-story, 225-room hotel with a connecting walkway to Gainbridge Fieldhouse, including retail, restaurant and bar spaces.

On the vacant parking lot just to the south, a 26-storey apartment tower with 254 units is planned.

The Pacers are also proposing a $20 million event center on Delaware Street next to Gainbridge, which has yet to be approved by the commission next to a public plaza on Maryland Street that is already under construction.

“With a development where this development is proposed to be located, it’s going to reinvigorate Georgia Street in a way that we thought about,” Hogsett said. “I’m sure it will add some thought and commentary on how we’re going to reuse the Circle Center mall, and it will have ripple effects from Gainbridge Fieldhouse up Georgia Street to the convention center.”

“During the week, it’s quite slow. During the weekends there are many conventions. It attracts a lot of travellers,” he said. “It would be a good thing for the city, a good thing for the region, especially my business where I work and many other businesses around here. Just like, it will bring a lot more tourists, it will bring a lot more interest and more people to the area, and they can spend money, and we can get revenue.

Although the investment group has yet to apply, Hogsett said he expects there will be demand for city participation, either through construction bonds, infrastructure improvements or tax breaks.

“We have incentives that encourage economic development and economic growth,” he said. “The city has an obligation not to give money just to give it away, but to make investments and partner with developers ensuring that the city recoups its investment in the long term, but in the short term. term, encourages greater participation from more people who want to make more investments in downtown Indianapolis.