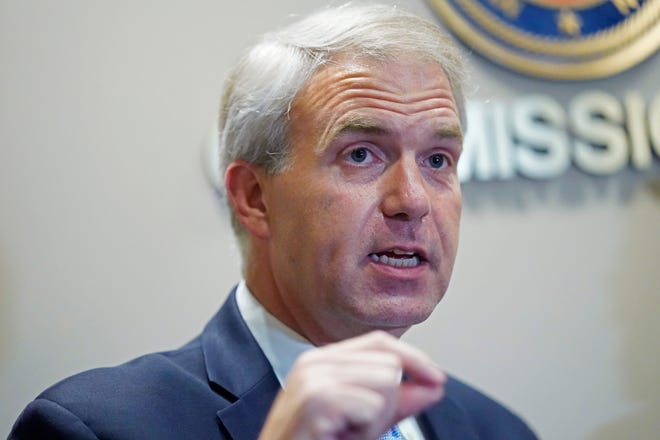 Mississippi Public Service Commission officials announced Thursday that the commission has reached a $300 million settlement with Entergy Mississippi and other unnamed parties, but what will that mean for customers of the most major state electric utility?

Ultimately, most of the money – around $200 million – will be used to offset the cost of natural gas, which has skyrocketed in cost. Entergy had planned to pass the additional cost on to consumers beginning in January.

The cost of fuel would have been more than $15 per month per customer, PSC said in an email.

The remaining $65 million in savings will provide additional benefits that will mitigate future costs to customers, the statement said. It is unclear what these benefits might be. The Clarion Ledger has contacted the PSC for clarification.

Why is there a settlement?

In 2017, the Public Service Commission initiated litigation before the Federal Energy Regulatory Commission regarding certain accounting and financial aspects of the Grand Gulf Nuclear Generating Station.

The settlement with Entergy Mississippi and other parties relates to 13 proceedings litigated before FERC.

The settlement is also expected to reduce regulatory uncertainty at the Grand Gulf Nuclear Generating Station.

In addition to the $300 million settlement, Entergy Mississippi and its shareholders will have to pay $600,000 over the next four years for an annual audit of “certain financial aspects” of the Grand Gulf nuclear plant, in accordance with PSC guidelines. .

“As commissioner, it is an honor to be part of the success of this remarkable settlement,” said Bailey.