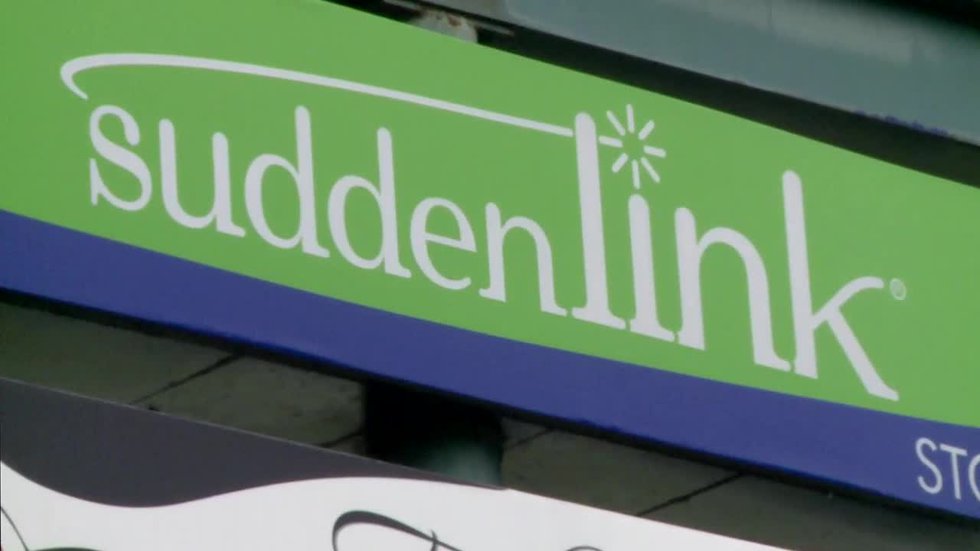 “We came here because thousands of Suddenlink customers complained about their cable service,” said PSC President Charlotte Lane. “We opened a general investigation and found that Suddenlink had failed to provide a secure, reliable and adequate service and as a result of this we fined them.”

The PSC says it determined the amount by charging $1,000 per day for each day since Suddenlink sold the company to Altice USA in December 2015.

“This money will be returned to customers as a credit on their next bill,” Lane said. “We will take the number of Suddenlink customers and divide it into credit.”

The money will be distributed to cable customers, since that is the only jurisdiction the PSC has over the company.

Their investigation determined that Suddenlink failed to report cable service outages that lasted longer than 24 hours to the Commission. Reports also indicate that customers were unable to claim credit for an eligible breakdown when they called to report the issue.

“We will take every means available to enforce this order,” Lane said.

Customers have also complained about long wait times and no call backs when calling the company. Lane says the problem was compounded when Suddenlink closed the state’s only call center in Parkersburg in 2017.

“This call center was really, really good, had good customer service,” she said. “People were really happy to be able to call a real person and be able to talk to them about their issues.”

Part of the order requires Suddenlink to provide plans to reopen a call center, which must be submitted within 90 days.

The PSC says Suddenlink currently operates in 31 counties across the state and has 115 service areas, but operates only seven business centers in West Virginia.

“I hope this order gets their attention and that they recognize that it’s the customers who pay their bills and they should pay attention to their customers,” Lane said.

Another common consumer complaint was that the company did not post timely payments, resulting in terminated customer service or late fees.

Reporter Kelsey Souto asked Lane if she had ever dealt with a company of this magnitude.

“I haven’t dealt with a company that had so many complaints against it,” she said. “What’s really disheartening to me is you can really see the line between the day Suddenlink sold to Altice and after they sold to Altice, that’s when the failure has occurred.”

Also in the official order, the PSC states that Suddenlink charged excessive late fees in 2020. The rules and regulations state that operators can charge a flat fee not exceeding two dollars on the unpaid balance after the due date. planned. Annual reports say Suddenlink reported a late fee of $10, while the late fee in Kanawha County was $30.

Officials also say the company significantly reduced the amount of maintenance for its outdoor facilities in 2018 and continued to reduce maintenance and expenses through 2021. Documents show Suddenlink did not perform any maintenance. maintenance of vegetation unless working on a cable line where vegetation was a problem. They rely on the power company to maintain the vegetation along the line.

“We are their biggest customer base,” Lane said. “They are making millions of dollars from us and what they have to do to fix these issues will be worth it to them.”

The investigation also revealed several clerical and administrative errors. Suddenlink had 28 expired franchise contracts and four that were due to expire by the end of 2021.

Lane says the fines will continue to pile up if more complaints come in and changes aren’t made.

“I think they didn’t take us seriously,” she said, “I think they thought the people of West Virginia had no other choice and they were going just do as usual and the way they chose to do it.”

Records show that the contractors were not properly registered and licensed to do business in the state.

There were also issues with accounting for E-911 charges in some counties. The PSC requested an audit for each county from 2018 to 2021 and returned all unpaid fees to county commissions.

Reporter Kelsey Souto asked the commissioner if there was a way to stop customers paying the bill in the form of a rate increase to offset the fine.

“We don’t have rate regulation on cable companies,” she said. “So if Suddenlink decides to start raising rates, there’s not much we can do about it other than try to cajole them and say ‘this looks like retaliation, do you really want to do this?’

Suddenlink shares the state’s goal of ensuring that West Virginians receive high quality service and have a positive customer experience. We have made and continue to make substantial investments in our network and customer support that are resulting in significant performance improvements. We cooperated with the WV PSC during their review and are reviewing today’s order.