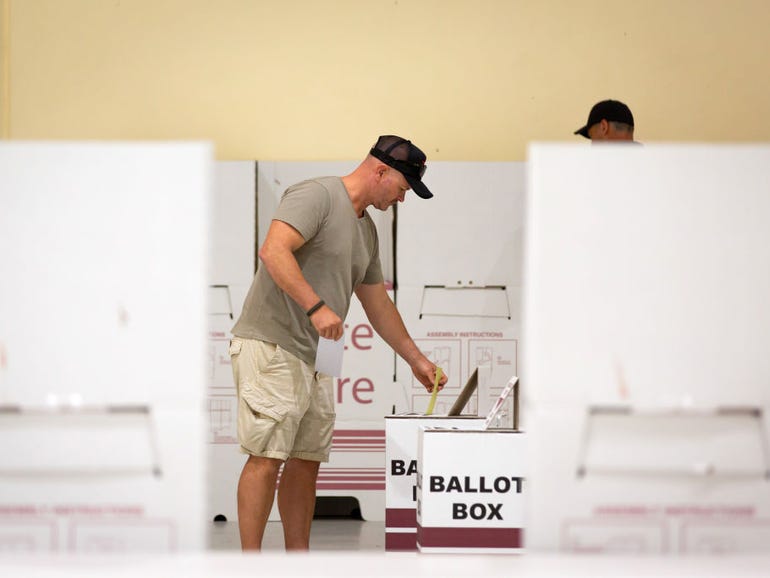 Since graduating with a journalism degree, Aimee has had her fair share of coverage of various topics including business, retail, manufacturing and travel. She continues to expand her repertoire as a technology journalist with ZDNet.

Investing over A$33 million to improve eSafety capabilities and legislating proposed anti-trolling laws are just some of the policies the coalition government has pledged to follow if re-elected in the elections. upcoming federal election on May 21.

It also includes an additional AU$10 million for the eSafety Commission to further expand coordination with other regulators and law enforcement agencies, ensuring victims ‘tell us once’ and are taken care of with the right service.

Additionally, the Morrison government has said it will continue to stick to proposed anti-trolling laws, saying it will ensure accountability for social media companies, while Australians will have more power to deal with comments. harmful defamatory stories from anonymous trolls.

The proposed laws, however, have been criticized by senators, victims of online abuse and organizations, including the eSafety Commission, for being too difficult to access and unclear, and would require more work if they were to become law.

The government has said it also wants to introduce a binding industry code under the Online Safety Act to ensure smartphones and tablets have “strong” parental controls installed that are easier to find and activate. — and more difficult for children to circumvent — if industry does not act within 12 months.

An additional AU$2 million has also been earmarked under the Online Safety Grants to benefit online safety projects that support women and girls in culturally and linguistically diverse communities.

“Our children should be able to learn, be entertained, or connect with friends and family without suffering abuse, humiliation, or online predators. The online world cannot be a den of cowards where the rules of the world real don’t exist,” Prime said. said Minister Scott Morrison.

“The tech and social media giants must be held accountable. Our plan will force them to do more – they can’t create it and wash their hands of all the consequences.

“Our plan will also ensure parents can protect their children online with strong parental controls, help prevent harm by raising awareness at every school, and improve our support for those harmed online.”

See also: Musk’s Twitter goal to authenticate all users is good for ending bots but bad for humans

At the same time, the government said new funding of A$3.8 million, provided as part of the 2022-23 budget, would be given to youth mental health organization Batyr to expand its digital platform OurHerd, which strives to provide young people with a safe digital space. to see and learn positive mental health stories shared by peers. The funding would build on the government’s previous investment of A$2.8 million under the 2019-20 budget to develop OurHerd.

Health and Aged Care Minister Greg Hunt said the additional funding for OurHerd will support around 60,000 young people aged 14 to 30 with mild to moderate mental health needs, their families, carers and their communities.

“This early support reduces the lifelong effects of mental illness and saves lives.”

Meanwhile, the opposition, as part of its election campaign, has pledged to establish a royal commission on robotic debt by the end of this year, with consultations to begin after the election.

He envisions the Royal Commission will identify who was responsible for the robot-debt scheme; establish what guidance and processes informed design and implementation; investigate complaints handling for the program; determining how much the implementation, suspension and cancellation of the scheme cost taxpayers; investigate harm to Australians; and investigate the use of third-party debt collectors under the program.

Labor has been advocating for a royal commission into the government’s robotic debt disaster since June 2020.

“We don’t know if officials have been inappropriately overburdened and politicized. And without knowing the true origins, we don’t know what safeguards could be put in place to prevent a recurrence.”

In May 2020, the federal government admitted that its data-matching online compliance response (OCI) initiative, dubbed robo-debt, had about 470,000 erroneous “debts.”

The OCI program automatically compared income reported to the Australian Taxation Office (ATO) with income reported to Centrelink, resulting in debt notices being issued, along with a 10% collection charge, each time that a discrepancy in government data was detected.

Separately, the opposition also said it would launch an audit of users of the government services digital portal myGov to “take a fresh look” at its performance and help identify changes and improvements that can be made.

“Millions of Australians interact with myGov every day and rely on it to deliver essential services. It falls short, and Australians deserve better. That’s why we’ll be reviewing myGov and making improvements if necessary,” said Opposition Leader Anthony Albanese.