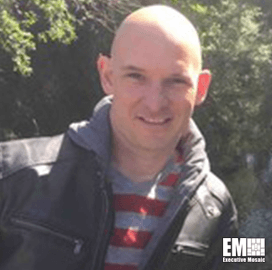 He will report to Erica Barkersecretary and administrative director of the PRC, and will be responsible for the commission’s data management and governance efforts and compliance with the OPEN Government Data Act, the PRC said Tuesday.

“With his experience in implementing data initiatives and his knowledge of the postal sector, Russ is well placed to lead the Commission’s emerging open data efforts and to support the Commission as it continues to ensuring the transparency and accountability of the postal system,” PRC said. President Michael Kubayanda.

Rappel-Schmid most recently served as Chief Data Officer for the State of Alaska and worked on the state’s data governance plan to facilitate cloud migration efforts.

Prior to this role, he worked in the Office of Inspector General of the United States Postal Service as a member of the data analysis team. He spent two decades in the United States Marine Corps, where he served as an audit manager and aircraft firefighter.

The commission is seeking public feedback on a beta version of a dashboard that displays data on service performance results for specific postal products and related components. The agency is seeking feedback on the functionality, usability, layout, and other functionality of the Services Performance Data Dashboard, as well as the frequency of updates desired.