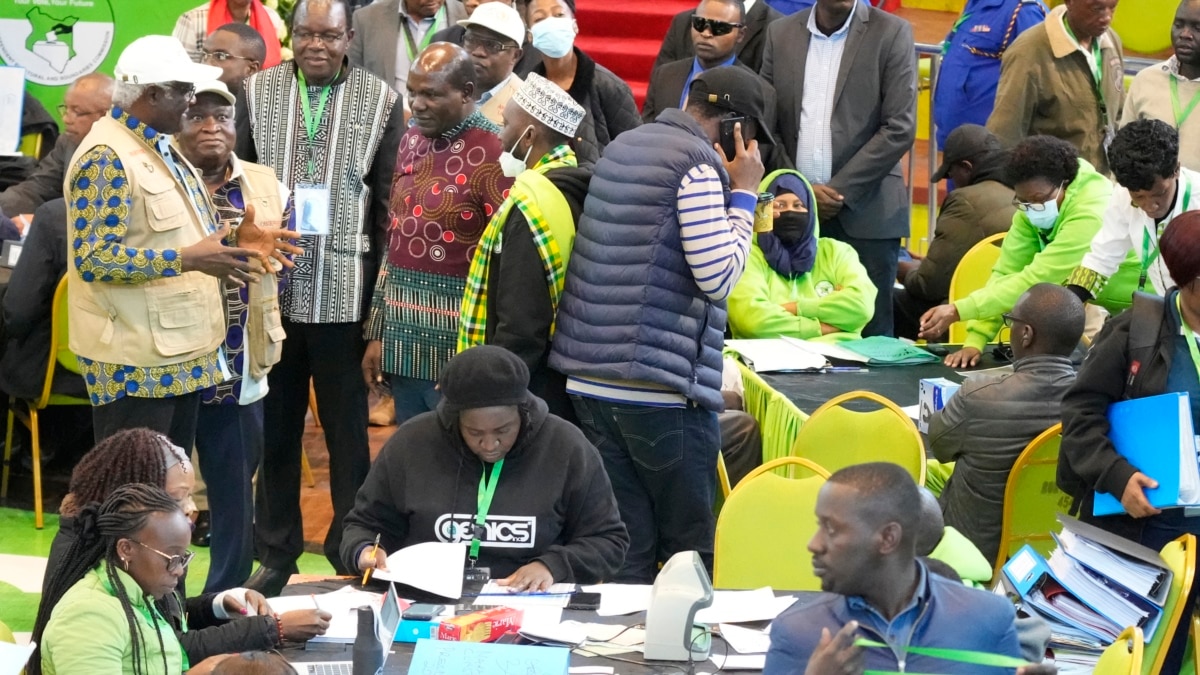 The official results of Kenya’s hotly contested presidential election are expected within hours of rising tensions between supporters of the two main candidates.

The wait for the official announcement continues as the electoral commission continues to certify the remaining votes.

Throughout the verification process which began on Wednesday, there have been accusations of vote rigging and tampering with results by election officials, particularly from former Prime Minister Raila Odinga’s camp against the main challenger, Vice President William Ruto.

Preliminary results show Ruto leading by a small margin as the results keep rolling in.

Speaking to reporters on Sunday, Gladwell Otieno of the Angaza Movement, a consortium of civic and human rights organizations working for electoral integrity and accountability, urged the electoral commission to respond to allegations of voter fraud .

“We demand a full account from the IEBC of the extent of officers’ involvement in election violations and the action taken against offending staff,” Otieno said. “We demand the full audit and disclosure from the IEBC of the extent of the change in the election tally results. We demand that the Kenya Police arrest anyone involved in voter fraud and expedite investigations and that the those found guilty are sentenced. It is time we were held accountable for the continued poor electoral practices in this country.”

The Supreme Court of Kenya invalidated the results of the 2017 presidential election due to irregularities and illegalities in the process.

The commission reminded the competing parties that their job would be to verify the presidential results and announce the winner.

Tensions are rising across the country as officials close to Odinga and Ruto announce their own election results and claim victory.

During church services on Sunday, Odinga and Ruto called for peace and urged Kenyans to wait for the call from the IEBC.

Kenya’s Electoral Commission has until Tuesday to announce the winner of last week’s elections.