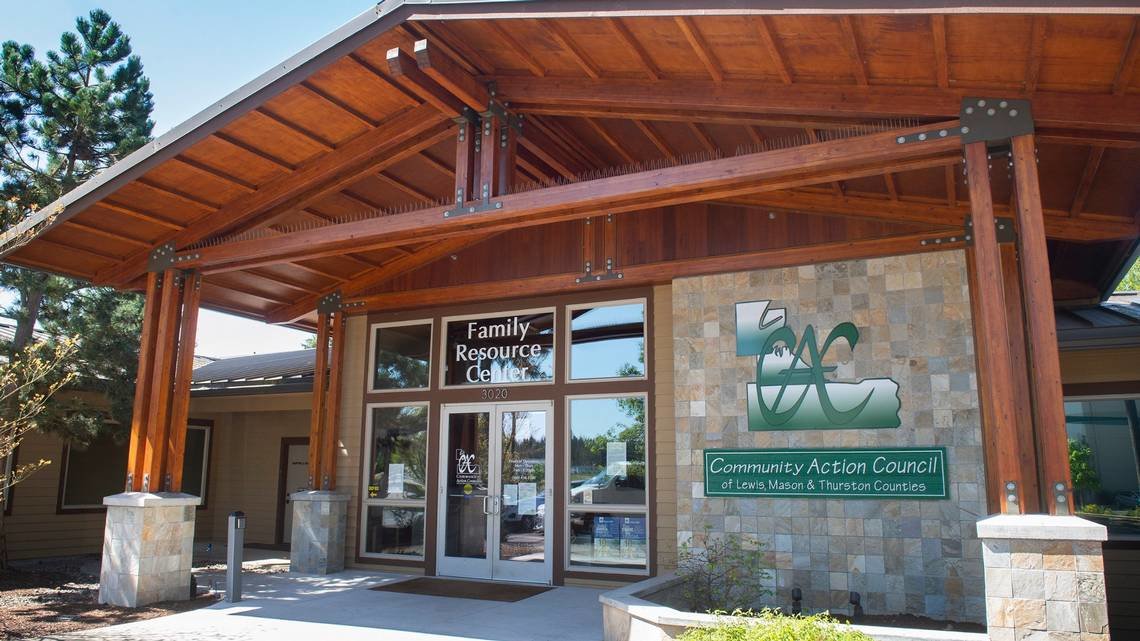 The County Board of Commissioners held a meeting with the nonprofit community to clarify why it abruptly suspended contracts with the Lewis, Mason and Thurston Counties Community Action Council in February.

Thursday’s discussion devolved into a tense exchange of accusations, revealing a breakdown in communication between the county and the CAC, a regional nonprofit organization that dispersed rental and utility assistance during the COVID-19 pandemic.

The county had transferred federal and state funds to the CAC to support these services. In March, the county transferred its contract to LiveStories, a Seattle-based company, to replace the ACC. But the disruption has left hundreds of tenants in limbo.

During the meeting, commissioner and board chair Carolina Mejia said she supported the board’s actions so far and did not trust the CAC for future contracts.

“The Community Action Council says they don’t trust us and honestly, from my perspective, I don’t trust them,” Mejia said. “Trust can be built in the years to come, but at the moment I think we need to correct what is being talked about now, which is the whole process that led to this.”

The fallout from this process has raised concerns among some in the nonprofit community, including Derek Harris, chief executive of Community Youth Services.

Harris told the board he felt the suspension and the county’s press release about it were “overblown.”

“I think overall the net impact on the community of harming a non-profit organization or an organization like the CAC is far greater than the findings of the audit and the potential for a few instances of fraud,” Harris said.

After a period of follow-up with subrecipients in December, the county informed the CAC that it had uncovered instances of suspected fraud and recommended ways to improve internal controls.

But in a Feb. 14 letter, CAC chief executive Kristen York asked the county to clarify its recommendations and put them in a written addendum to the contract. Nine days later, the board voted to suspend his contracts with the CAC.

Auditor Mary Hall said the CAC did not act on her recommendations. She blamed the tensions on a breakdown in communication.

“We expect cooperation,” Hall said. “We really want to have a relationship with the ACC, but they need to have a conversation with us and that still hasn’t happened yet.”

Hall said his office had already uncovered fraud, but the investigation was continuing. County Executive Ramiro Chavez said the county has started sending letters to specific people to recover the fraudulent payments.

In response, York said she was disappointed with the county’s “misrepresentation of the facts” and her concerns about the CAC’s ability to continue providing services.

“We are open to discussions about how to repair relations with the county and hope that you can come to this place yourself,” York said.

As an auditor, Hall said she had an obligation to protect public funds. Any audit findings against the county would affect its ability to be approved for loans, she said, and potentially jeopardize its ability to secure future funding.

Following the suspension, the CAC delayed the transfer of customer information and financial information requested by the county due to confidentiality disagreements. The CAC has since transferred the information and returned the remaining funds.

However, Hall contends that the CAC still hasn’t submitted some canceled checks for audit. York refuted that claim at Thursday’s meeting.

Meagan Darrow, executive director of Together!, said she believed Hall subjectively misinterpreted the CAC letters. She added that she believed the council had acted on “inaccurate” information.

Tambra Donohue, director of the Monarch Children’s Justice and Advocacy Center, said she, too, thinks the board was misinformed about the CAC.

“I think it’s really important to be aware of this because it has caused significant harm to clients in our community, to the agency, to our programs,” Donohue said. “It’s absolutely travesty and heartbreaking to see it play out this way and continue into this meeting itself.”

Commissioner Gary Edwards defended the decision of council and county staff. He said the county needed to act because it had not received enough information from the CAC.

“This decision was forced upon us by the response from the ACC,” Edwards said. “I’m very frustrated. I think the staff were trying to do the best job they could in an unfavorable situation.”

Commissioner Tye Menser was hospitalized in Yakima the week the council decided to suspend his contracts with the ACC. Still, he said staff keep him updated online.

“I was in the hospital for some of this and I was seeing emails and Facebook wars,” Menser said. “It was incredibly frustrating, but at no point did I feel like I received inaccurate information from my staff.”

At one point, Edwards suggested that the ACC might need a change in leadership. The comment prompted Meghan Sullivan, deputy director of Together!, to ask the board to determine if they were biased against York.

“It’s extremely damaging to talk about it because it’s not,” Mejia said. “We never wanted to get to where we are. … For me, it’s been very harmful to see staff thrown under the bus again and again. It’s extremely frustrating.”

Hall also said she felt disappointed with the meeting, adding that she doesn’t want the nonprofit community to think the county is the “bad guy” in this situation.

“I’m very disappointed with this meeting,” Hall said. “Because one, I give you all money. And we all want the same thing. We all want to help the community.”