TIGI calls for a commission of inquiry into the VICE revelations 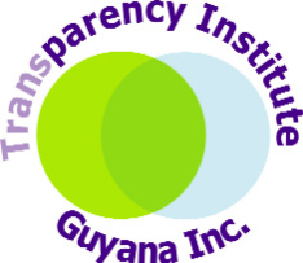 Transparency Institute Guyana Inc (TIGI) yesterday added its voice to growing calls for a commission of inquiry into VICE News revelations of suggestions that there is an organized system of corruption of officials at very high levels and systems to provide money- laundering services.

In a statement, the local anti-corruption group said: “We do not know how such spectacular allegations could be allowed to simmer for so long without government action, especially after President (Irfaan) Ali and Vice President (VP) Bharrat Jadgeo was recorded as having agreed that an investigation was necessary”.

He said that “if haste was the hallmark of the vice president’s response to the initial allegations, we would have to say that slowness and procrastination seem to have set in to dispel any sense of urgency developed after recent revelations.

TIGI added that there is a timing-first reason that the Government of Guyana needs to consider to advance its transparency credentials.

“We are referring to the government’s shiny new anti-corruption framework. Last Saturday, June 25, the GOG launched the Guyana Anti-Corruption Framework in which TIGI was invited and participated. We were very impressed with the new direction even though we feared there would be no questions.

We have been impressed as much has been said about the role of some 14 laws enacted or updated since 2003 to fight corruption in particular,” said TIGI.

He cited among them:

● Fight against money laundering and

counter the financing of

TIGI said attendees received a well-made booklet titled “Anti-Corruption Framework – Fact Sheet and Detailed Framework 2022.” He said that on page 20, under the caption “Government Initiatives and Innovative Work”, there were four bullet points, including “The establishment of the National Coordinating Committee on June 8, 2021, which comprises 16 agencies, all involved in implementing oversight and anti-corruption regulatory responsibilities.

Needless to say, TIGI said it was very encouraging that the government finally saw the need to signal a new direction to the nation.

“Every day that passes with these VICE News stories hanging in the wind is a day in tension with the government’s stated anti-corruption goals,” TIGI said.

In its July 23 editorial, Stabroek News pointed out that President Ali has twice spoken of an investigation into VICE News broadcasts, but nothing has been initiated.

On July 11, during the opening of the Toshaos National Conference, the President said: “What is clear, there are people out there who say they are involved in such activities…if you watch the video and it definitely needs an investigation… And I hope… that security and the relevant agencies look into this because it’s clear that someone is saying they’re involved”.

On July 13, on the sidelines of a reception hosted by Canada’s High Commissioner to Guyana to commemorate Canada Day, President Ali was again questioned about an investigation he said his government would go after. to investors who use “intermediaries” to carry out their activities in Guyana.

“I say this very clearly, to the public, to the investors, there is absolutely no need to go through any intermediary. There is absolutely no need to hire a lobbyist. ‘un come to you.And we will have to face the situation because if you hire intermediaries and lobbyists who want to pretend that they have more than they have then you are also responsible and responsible because that means that you are ready to engage in something illegal.

“So I’m warning and it’s something I’ve asked the Attorney General to look at. I want him to look at how we can strengthen the laws to deal with these types of people, not just the people who operate like that, but also the people who hire them. There is absolutely no need for that,” President Ali said.

Stabroek News then asked the president if an investigation had been opened, to which he replied that he had already ruled on the matter and would not return to it.

Pressed on whether he asked the police commissioner to launch an investigation, the president then said: “I said when I watched the second broadcast of this one [the extended video] there was someone who confessed to being involved in money laundering, that’s what I said. I said this is a confession of self and security needs to be checked and I support any investigation.

“I’m not going to direct the police commissioner. I said there is a confession, someone said he was involved in something illegal and any security force would want to investigate. Don’t ask me to direct anyone. I am a president who would never get involved in anyone’s direction. I have a constitutional responsibility to this country, Guyana and the media and everyone can rest assured that this President will work within the construction and constraints of the Constitution of Guyana.

Asked which agency will lead the investigation, Benn said a discussion will need to take place before that decision is made. “It would have to be discussed to see which is more appropriate,” he said. More than a week has passed but no announcement has been made.