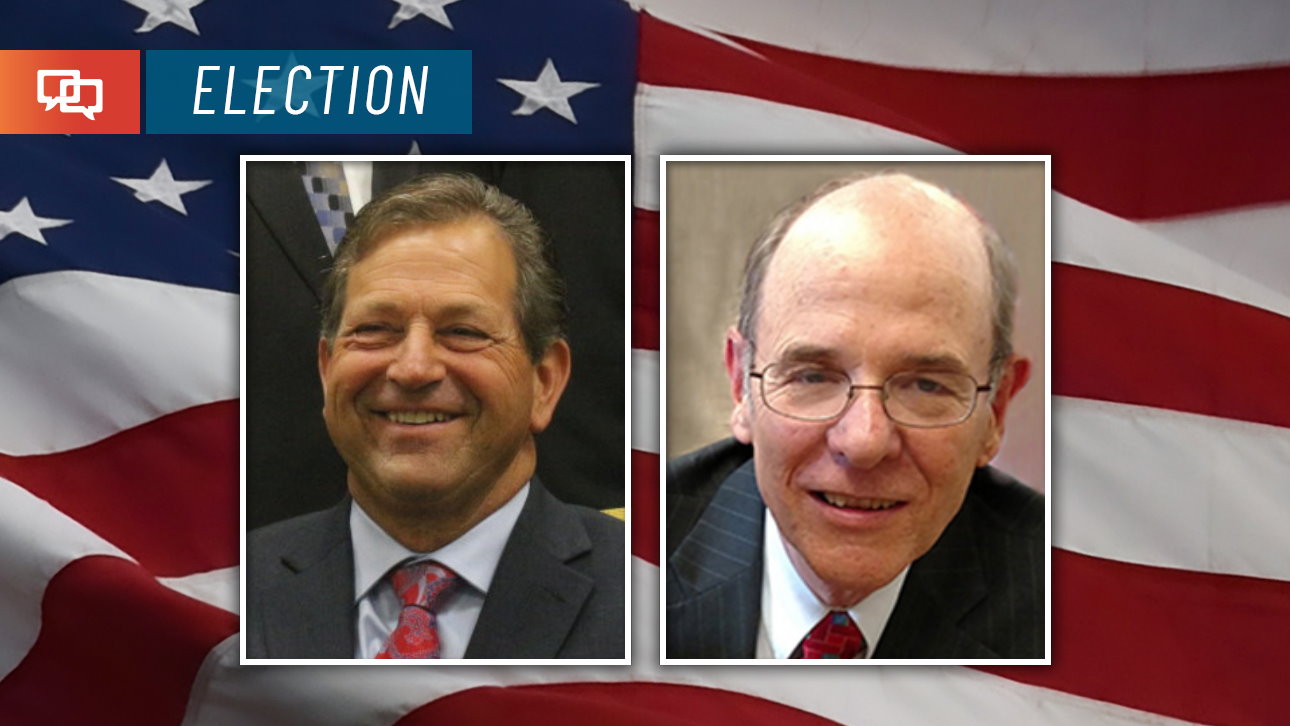 ST. GEORGE- All three Washington County seats are up for grabs this election season. Republican incumbent Gil Almquist and Democratic challenger Robert Ford are vying for the Commission’s A seat.

Almquist is seeking a second term to continue work begun during his first four years in office while Ford offers his experience in dealing with water problems and other issues.

Ballots will be mailed to voters beginning September 18, with November 1 being the last day to request an absentee ballot if none have otherwise been received.

Seeking a second term, the incumbent Almquist will have nearly three decades in public office if re-elected. Before his election to the commission in 2018, Almquist served on St. George’s City Council for 16 years and on the city’s planning commission for 10 years prior. He was also a small business owner, having run a landscaping business for several years before joining the commission. Almquist said he’s running again so he can continue to serve the county he loves while hoping to see some projects come to an end.

“There are unfinished business, things that I would like to accomplish,” he said.

Why are you running for seat A on the county commission?

“I have the energy and I have the time, and this will only be my second term,” Almquist said.

The “unfinished business” that Almquist said he wants to see completed in a second term is converting the corner of Tabernacle Street and 200 East into a potential open space. While the original County Administration Building will be leased for some time, plans are underway to eventually demolish it. In its place, there could be open space that would add to the beautification of downtown St. George, he said.

“It could be a nice open public space, and downtown demands that,” he said.

Other projects Almquist wants to see progress are the Northern Corridor and the Warner Valley Reservoir, the latter of which is something Almquist said he pushed for many years as part of the overall storage and conservation plans. county water.

“The answer has always been to build reservoirs (for more water), and Warner Valley seemed to make the most sense, so I campaigned on that when I raced Dean (Cox) and I campaigned on this four years ago for this position, so that I would like to see this through to completion,” he said.

The issues facing the county

Whereas the water is a perpetual concern, Almquist spoke about it in connection with local jobs and the economy.

“Normally people wouldn’t link a job to water, but now we need to make that link,” he said. “I’ll tell you why: if you don’t have water, you don’t have growth. And people will say, well, cities don’t need to grow well, and in fact, a city like ours, cities like ours, a county like ours needs to have some growth to continue to advance. When you stop growing, these cities and towns eventually shrink. But the water has become very critical. It was for the pioneers; it’s always for us.

A lack of available water can halt the issuance of building permits for new homes and businesses, Almquist said, and prove detrimental to existing industries like manufacturing. If a business needs a certain level of water to operate day-to-day and loses that capacity, that business could end up relocating or closing, resulting in job losses.

Re grow, the commissioner said he did not support the idea of ​​putting a moratorium on growth. On the contrary, he said it can be offset by the preservation of vistas and sacred sites that are not in private hands. He also said that the overall design of upcoming developments can go a long way in countering urban sprawl.

“Design can trump density,” Almquist said, adding that some new developments in the county have created multi-family units that lessen the feeling of high density,

Government exaggeration state and federal government is another area of ​​concern for Almquist and his constituents that he said he is doing his best to fight. He specifically called “unfunded mandates” at the state level and described them as orders from legislatures requiring counties and municipalities to adhere to new procedure or hire new staff without providing the means – namely the funds – to help achieve these ends. .

Ford lives in Rockville where he runs a small ranch, as well as a small business focused on nature photography and consulting. His work with and for the federal government and universities on issues related to agriculture and land management has taken him across America and other parts of the world. This includes the US Departments of Interior, Agriculture, and other agencies, as well as the University of Utah, University of California-Riverside, Brigham Young University, and other schools. He also served as Planning Commissioner for the City of Rockville. Ford currently teaches at Utah Tech University.

“I think I bring some expertise,” Ford said. “I just want to offer my services in the community field so that I can be useful.”

Why are you running for county commission seat A?

Although he originally planned not to run – he ran for a commission seat in 2018 – Ford said his friends and family convinced him otherwise because they believed his background would benefit the county. , especially with regard to water.

During the periods he worked with and for the federal government, Ford spent time in Africa and Latin America working on drought, water, and land management issues. He has also done similar work in the United Arab Emirates and now wants to apply his expertise at the county level, he said.

“I have a lot of training and expertise in drought and water management, both locally and internationally,” he said. “I think I could offer my services to help with some of these issues.”

Where Ford said he could be of particular help to the county was leading discussions on water issues between the county and the federal government. He said these issues require collaboration and working across institutional boundaries.

“And I have a lot of experience in this area,” he said.

The issues facing the county

water and growth concern Ford and the people he spoke to. While water is a pervasive problem that is closely tied to growth, for Ford and his neighbors those concerns extend to agricultural use.

“I hear a lot about the role of agriculture and how agriculture and water resources are used by agriculture,” he said. “I think one of the longer term solutions is to work with the farming community to help them not overuse the water.”

With most of the city’s growth happening in cities and new developments proving to be more water-focused, Ford said more needs to be done and that “there really needs to be a big discussion between the agricultural sector and the urban growth sector in this county.

Discussions with county farmers would include the possibility of changing watering schedules, the crops they choose to plant and other issues that Ford says might not be too popular, but would help conservation efforts nonetheless. some water.

Growth along the Corridor of Sion is also a concern because it’s gotten to the point that people who work in Springdale can’t afford to live there, driving the need for more accessible housing, Ford said. People who work in the area also often commute from the more urbanized part of the county, prompting the need for a reliable transportation service.

The issues facing the county shouldn’t be handled along ideological lines, Ford said, adding that he’s not coming forward to discredit anyone and believes commissioners are doing what they think is best. Rather, he said he was there to offer his knowledge and experience for the benefit of the county and its people.

“I would like to offer my services and feel that maybe I can do a better job than some of the commissioners who have been there or are currently there, and maybe bring people together,” he said.

Check out all of St. George News’ coverage of the 2022 election by by clicking here.

Mori Kessler is senior reporter for St. George News, having contributed as writer and acting editor in 2011-12, and associate editor from 2012 to mid-2014. He began writing news as a freelancer in 2009 for Today in Dixie and joined the editorial team at St. George News in mid-2010. He loves photography and won a Society of Professional Journalists photojournalism award for a 2018 photo of a bee inspector removing wild bees from a home in the city of Washington. He is also a shameless nerd and has a poor sense of direction.