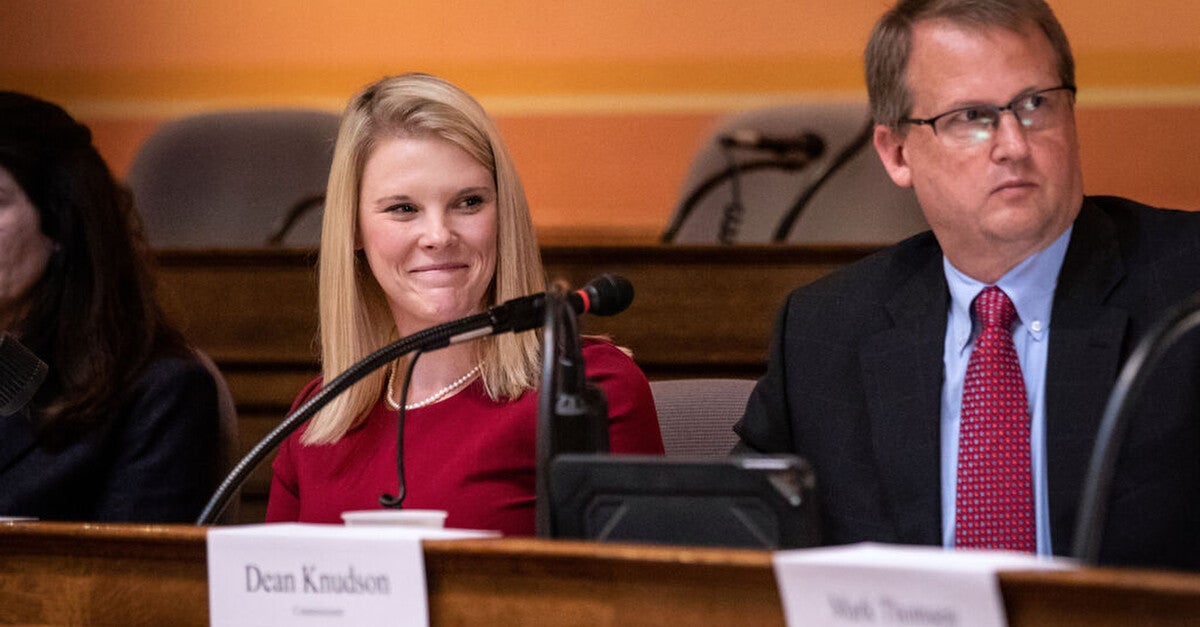 The Wisconsin Elections Commission is pushing back on a Republican-commissioned report released this week that cast doubt on Wisconsin’s 2020 election, saying the review was full of misunderstandings and outright lies.

Gableman released his report earlier this week and more than eight months after signing a contract with Assembly Speaker Robin Vos to investigate the state’s 2020 presidential election.

Gableman, a former state Supreme Court justice, made a wide range of sweeping allegations that the 2020 election was conducted illegally, focusing much of his presentation to Assembly lawmakers on votes. expressed by older people in residential care facilities.

In March 2020, the Wisconsin Elections Commission ruled that special voting deputies — individuals delegated by the county clerk to administer absentee voting in nursing homes and skilled care facilities — could not enter these establishments due to COVID-19 concerns. Instead, residents who wanted to vote could request mail-in ballots and get help from home staff to fill them out.

During Gableman’s presentation, he showed video interviews of nursing home residents who voted in 2020, asked to choose between hypothetical candidates based on political positions, such as supporting tax cuts. The people in the video were often confused.

“Because I felt like these people were being exploited,” Wolfe said. “No test is required to be able to vote. There is no test for anyone before they can vote.”

Wolfe said that under state law, a person must be found incompetent by a judge before the right to vote can be taken away.

“Because the right to vote, it’s a sacred right. And it’s taken very seriously. And so the law says for that right to be taken away, there has to be a court order,” Wolfe said. .

Wolfe is among several election officials and mayors who have been subpoenaed by Gableman who have not agreed to sit down for private interviews with him. Gableman asked a judge to jail the officials if they don’t comply.

Wolfe said she would be happy to testify as long as it was in public.

“Every aspect of the election takes place in public in a public forum,” Wolfe said. “And I don’t believe this review should make a difference.”

Election Commission staff released an eight-page rebuttal on Friday pointing out what they said were inaccuracies in Gableman’s report to the Legislative Assembly.

“Various court rulings and investigations have repeatedly upheld the integrity of Wisconsin’s 2020 general election,” read a statement accompanying the WEC’s rebuttal. “All decisions made by the bipartisan Wisconsin Elections Commission regarding the 2020 general election were completely transparent and made in open meetings.”

Among other issues, the WEC’s rebuttal focused on private grants to Wisconsin cities that Gableman said amounted to voter bribery. A federal judge rejected the same argument in October 2020.

The commission’s report also detailed Gableman’s allegations that election data was insecure, saying Gableman did not understand security systems such as the “multi-factor authentication protocol.”

“The special adviser is not showing his work,” reads the WEC report.

In Milwaukee, the commission noted, voter turnout at residential care facilities was actually down in 2020 compared to the 2016 election.